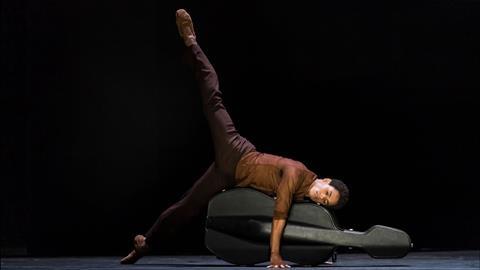 Marcelino Sambé in The Cellist

The Royal Opera House has annnounced that The Cellist, the ballet based on the life of Jacqueline du Pré, will be made available for free on its YouTube channel from next Friday. The Royal Ballet production, which had its world premiere on 17 February, stars Lauren Cuthbertson as the tragic cellist, with Marcelino Sambé and Matthew Ball in supporting roles, dancing to a score by Philip Feeney.

Watch: Why the Royal Ballet love performing The Cellist

The production will be made available at 7pm BST on Friday 29 May as part of the ROH’s #OurHouseToYourHouse series. ’Composer Philip Feeney incorporates some of the most moving and powerful cello music of Elgar, Beethoven, Fauré, Mendelssohn, Piatti, Rachmaninoff and Schubert into an exquisite score that is itself an homage to the cello,’ said the ROH in a statement. ’Cathy Marston’s first work for the Royal Opera House Main Stage is a lyrical memoir of the momentous life of the cellist Jacqueline du Pré, from her discovery of the cello through her celebrity as one of the most extraordinary players of the instrument to her frustration and struggle with multiple sclerosis.’