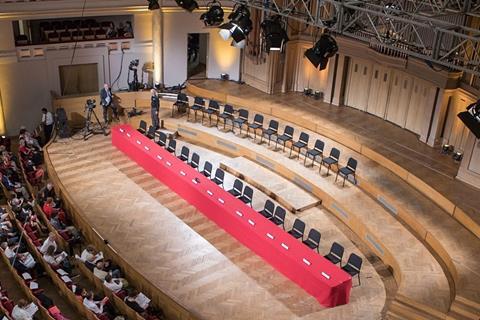 The 2019 Queen Elisabeth Violin Competition, which opens its live rounds in Brussels with 71 young violinists on 29 April, has announced its jury members, including a number of past prize winners.

The jury is chaired by Gilles Ledure, general manager of the Flagey cultural centre in Brussels.

The inaugural QEMC in 1937 was devoted to the violin and dedicated to Eugène Ysaÿe, who had recently died. David Oistrakh, then aged 28, was the competition’s first winner. The first piano competition took place the year after. Singing was added in 1988 and, in 2017, the competition was opened out to cellists. There is also a composition competition, which is run outside of the four-year cycle.

The winner of the previous violin competition, 2015, was the South Korean violinist Ji Young Lim.