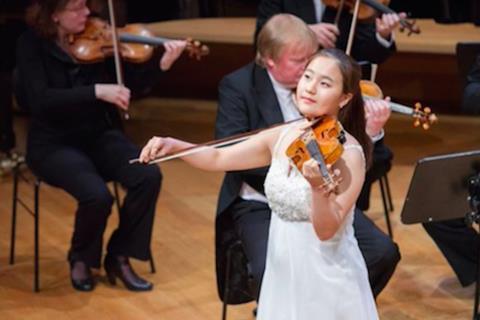 After whittling down the video submissions of 172 violinists, the jury of the Queen Elisabeth Violin Competition has announced this year’s 71 candidates: 49 women and 22 men, representing 20 different nationalities.

They will compete for a grand prize of €25,000 in three rounds - culminating in a final during which the candidates will perform a concerto and a compulsory work specially composed for the competition accompanied by the Belgian National Orchestra, conducted by Hugh Wolff.

Two new works have been commissioned for the 2019 violin competition: Bram Van Camp’s Scherzo – Bagatelle for violin and piano, to be performed in the semi-final; and Kimmo Hakola’s new piece for violin and orchestra (whose name will be revealed on May 18th) to be played in the final.

The competition, whose jury is chaired by Gilles Ledure, takes place from 29th April to 25th May, with the closing concert at the Brussels Centre for Fine Arts scheduled for 6th June. The jury includes Pierre Amoyal, Patrice Fontanarosa, Lorenzo Gatto, Victor Kissine, Mihaela Martin and Natalia Prischepenko.

The inaugural QEMC in 1937 was devoted to the violin and dedicated to Eugène Ysaÿe, who had recently died. David Oistrakh, then aged 28, was the competition’s first winner. The first piano competition took place the year after. Singing was added in 1988 and, in 2017, the competition was opened out to cellists. There is also a composition competition, which is run outside of the four-year cycle.