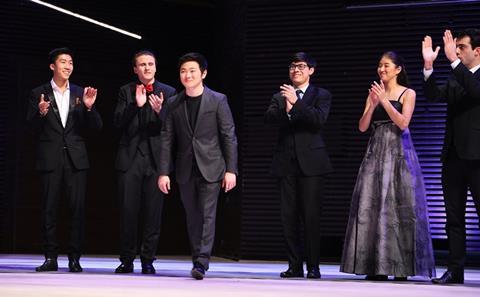 The quinquennial competition which takes place across three Finnish cities, has a two-part final. The six finalists each performed a classical concerto (Haydn or Boccherini), directing the Tapiola Sinfonietta from the soloist’s chair, as well as a 20th-century concerto with the Helsinki Philharmonic Orchestra.

Cho performed the Haydn C Major Concerto in the first part in Espoo and the Prokofiev Sinfonia Concertante in Helsinki, followed by an encore performance of the Allemande from Bach’s Cello Suite no.6.

Cho is currently on the Artist Diploma programme at the New England Conservatory, studying with Laurence Lesser (who was on the competition jury). He previously studied with Hans Jørgen Jensen at Northwestern University’s Bienen School of Music. He has been a finalist and prizewinner in a number of competitions previously, including the Queen Elisabeth, Naumburg, Cassadó, and Johansen, and has taken part in the Heifetz Institute, Verbier Festival Academy and Gstaad Festival Academy.

In its previous edition in 2013, the competition was won by Kian Soltani.