Owing to the Coronavirus pandemic, the competition was held online this year 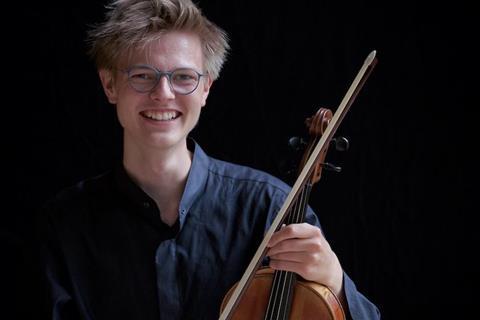 The Oskar Nedbal International Viola Competition, held online this year owing to the Coronavirus pandemic, has announced this year’s winners.

Swensen, who is currently studying at the Royal Danish Academy of Music with Lars Anders Tomter, is a former prize winner at the Øresunds Solist competition and the Max Rostal competition in Berlin (both 2019).

Second Prize was awarded to 20-year-old Sào Soulez Lariviere (France/Netherlands). He receives CZK 20000 (approx £665), an Idea 2.6 carbon viola case from the Gewa, two sets of Evah Pirazzi Gold strings, and Evah Pirazzi Gold rosin by Pirastro). In addition, he received CZK 5000 for his interpretation of the Bohuslav Martinů piece.

Read: Leonid Kogan competition announces some of its winners

‘In spite of the new parameters of the contest and the very complicated circumstances, the contestants performed splendidly,’ says the Czech violist Kristina Fialová, Director and Founder of the competition. ‘Each and every one of them well deserves some award, so it was by no means an easy task to pick just one as the winner. I would like to express my gratitude to all members of the jury, who did a great job in this unique situation and were an invaluable support to the management of the competition.’