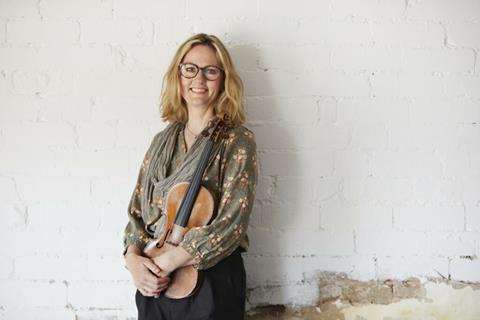 Australian violinist Sophie Rowell has been named artistic director designate for the Melbourne Chamber Orchestra. The ensemble’s third artistic director in its 30-year history, she will take over from  William Hennessy and Jeffrey Crellin.

Rowell commented, ’I am extremely honoured to have been given the opportunity to lead the Melbourne Chamber Orchestra as its artistic director from 2023 and hope to build on the legacy of performance excellence that my wonderful predecessor William Hennessy has left for us.

’I see a future of exciting possibilities that only an orchestra with the flexibility and commitment of MCO can achieve and I can’t wait to get started sharing my artistic vision.’

Following studies in Germany, the Tankstream Quartet returned to Australia where they were appointed the Australian String Quartet in 2006. Rowell led the group as ensemble in residence at Elder Conservatorium in Adelaide until her departure in 2011.

Rowell will continue teaching at the Australian National Academy of Music alongside her new role at MCO.