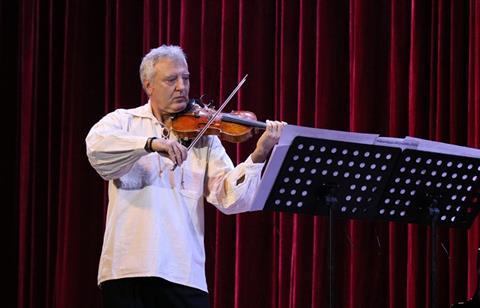 Mateja Marinković performing in China in 2018

A Carlo Ferdinando Landolfi violin said to be worth £80,000 is at the centre of a legal dispute between a former tutor at the UK’s Purcell School of Music and a past pupil.

However, West claims an independent valuation put a figure of just £1,500 on the violin. Marinković, who is a former Royal Academy of Music professor, did not attend the pre-trial court hearing on 27 March, with the judge noting that he was now ‘somewhere in China’. He is most recently known to have been on the faculty of the United International College in Zhuhai, though he is no longer listed on the website.

The case was adjourned to be fixed for hearing in a few months’ time.