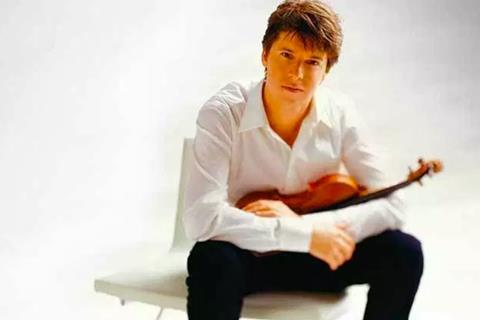 This year’s Glashütte Original Music Festival Prize, which has been presented annually since 1993 by Saxon luxury watchmaking company, Glashütte Original, will be awarded to Joshua Bell, in recognition of his significant commitment to the development of young artists. The American violinist receives €25,000.

‘I’ve known Joshua Bell since 1989, when we met at the Marlboro Music Festival and sight-read Schubert trios together during our spare time,’ said Jan Vogler, director of the Dresden Music Festival about this year’s winner.

‘Joshua has remained true to himself and reaches classical music fans of all generations and nationalities with his poetic style of playing the violin. He is one of the most charismatic and successful musicians in the world today.’

The award will be presented to Bell at the 42nd Dresden Music Festival as part of his guest performance on May 27, 2019 in the Frauenkirche.