British conductor, cellist and and keyboardist Jonathan Cohen will take up the role next season for four years 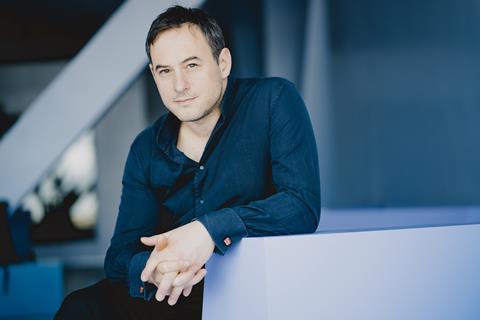 Boston’s Handel and Haydn Society (H+H) has named British musician Jonathan Cohen as its 15th artistic director. The appointment comes after a three-year search by the oldest performing arts organisation in the US.

’We are incredibly impressed by Jonathan’s musicality, his knowledge and passion,’ said Robert N. Shapiro, chair of the H+H board of governors. ’He inspires the musicians and engages audiences. Jonathan is a joy to watch and to know.  His warm inviting spirit is apparent to all who attend his concerts - he draws you in to the music making.’

’Working with H+H is a dream come true, allowing me to work collaboratively with some of the most skilled and passionate musicians on the planet to create beautiful performances that will leave a lasting impact on our audiences,’ said Cohen. ’I look forward to sharing my love and passion with future audiences and creating moving and memorable experiences in the concert hall.’

Aged 44, Cohen was born and raised in Manchester, England. He went on to read music, study cello, and had the position of instrumental scholar at Clare College, Cambridge, graduating in 2000. Following graduation, he co-founded the London Haydn Quartet, one of the world’s leading period instrument string quartets. Cohen founded early music ensemble Arcangelo in 2010, following which, he won two Gramophone Awards, Recital in 2012 and Best Baroque Vocals in 2017, and a Grammy nomination for Best Chamber Performance in 2018.

He became music director of Les Violons du Roy, succeeding Bernard Labadie, in 2017. His new contract with the Handel and Haydn Society will begin in the 2023-24 Season and continue through the 2027-28 season.

Founded in 1815, H+H is now in its 208th consecutive season and is the largest period instrument organisation in the US. H+H performs a 21-concert subscription season in Boston Symphony Hall and other venues, and has an active education programme with seven youth choruses training hundreds of school-aged children every season.

Read: Opinion: Does an orchestra’s home hall define its sound?