The cellist has decided to name his instrument of twenty years 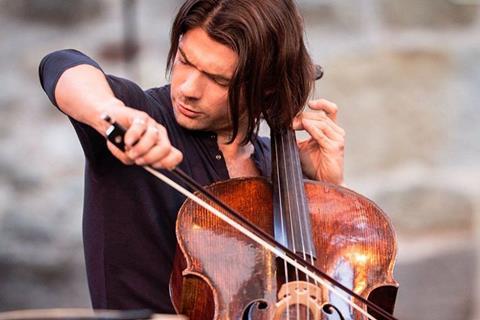 Gautier Capuçon with his 1701 Matteo Goffriller

After 20 years of playing his cello - made by the 18th century Venetian luthier Matteo Goffriller - Gautier Capuçon has decided to name it. In a post on social media, the French cellist says: ‘In recent weeks, I have finally found the name that represents the unique power of music, connecting people to each other: “The Ambassador”’

A dark-toned instrument made in 1701, the cello, according to Capuçon, ‘has almost no limits.’ In an interview for the Czech Philharmonic in 2017 he said: ‘Everyday you can find new colours in this cello. It’s a part of me, a part of my body. We make a team, but a team in which one plus one equals one, not two. I play all the repertoire with it: contemporary music, Baroque music with gut strings and a Baroque bow. It’s an instrument with almost endless possibilities.’