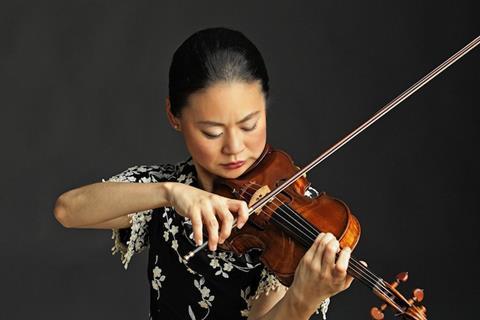 The Curtis Institute of Music in Philadelphia has appointed Midori as its new Dorothy Richard Starling Chair in Violin Studies. The violinist succeeds Aaron Rosand, who held the post until his retirement in May 2019. Rosand, a longtime faculty member at the Curtis, died on 9 July aged 92.

Midori joined the violin and career studies faculty at the institute in 2018. In a second appointment, vocal pedagogue Danielle Orlando, newly appointed co-director of vocal studies and the Curtis Opera Theatre, will hold the Hirsig Family Chair in Vocal Studies.

‘We are pleased to recognise these outstanding artists and dedicated teachers in this way,’ said Curtis president and CEO Roberto Díaz. ‘The prestigious named chairs at Curtis honour the school’s significant legacy while demonstrating our continued commitment as leaders and innovators in training excellence in violin and vocal studies.’

Midori’s recent engagements include tours through Europe with the Munich Chamber Orchestra, and Japan with the Estonian Festival Orchestra and Paavo Järvi, and a tour of Asia with Festival Strings Lucerne in the 2019–20 season. Also in 2019–20 she undertakes a worldwide recital tour with pianist Jean-Yves Thibaudet and makes guest appearances with the Vienna Philharmonic Orchestra, the Boston Symphony Orchestra, Orchestre Philharmonique de Radio France, Kammerakademie Potsdam in Berlin, Orchestra del Teatro Massimo, and NDR Elbphilharmonie Orchester.