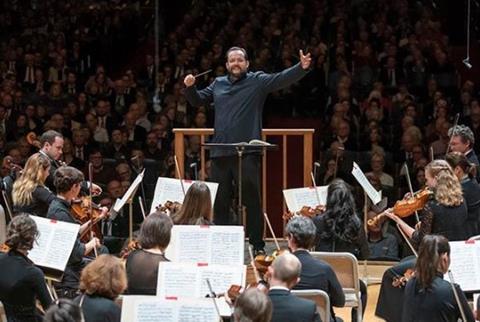 The Boston Symphony Orchestra has cancelled its four-city tour this February to East Asia due to increasing concerns over the spread of the new coronavirus. The tour, taking in Seoul, Taipei, Shanghai, and Hong Kong, was scheduled to take place between 6 and 16 February 2020.

The decision follows widely documented news coverage and government agency reports assessing the risks posed by the virus. These concerns, along with discussions with the Shanghai Oriental Art Center, whose leadership informed the BSO about the official cancellations of their upcoming performances, and subsequent consultations with the tour’s presenters in Seoul, Taipei, and Hong Kong, led to the cancellation.

‘On behalf of Andris Nelsons and the musicians of the Boston Symphony Orchestra, we are all deeply disappointed that we will not be able to perform for the wonderful audiences in Seoul, Taipei, Hong Kong, and Shanghai,’ said BSO President and CEO Mark Volpe in a press statement issued by the orchestra.

‘Though this was to be the BSO and Andris Nelsons’ first visit to Seoul, and the BSO’s long-awaited returns to Taipei and Hong Kong, it has become clear through recent official reports that concerns over the spread of the new coronavirus have dramatically increased, forcing the orchestra to look seriously at the feasibility of proceeding with the tour.’

‘With the health and well-being of the musicians and entire tour party, including Yefim Bronfman, always of foremost concern—along with the decision made by the Shanghai presenters to cancel upcoming performances—we have canceled the entire tour. Unfortunately, this includes the BSO’s performances in Seoul, Taipei, and Hong Kong—areas much less impacted by the virus—as it remains unclear how travel in and out of these regions will be affected in the coming weeks.

‘Our heartfelt thanks go out to our presenters in Seoul (Vincero Arts Management & Entertainment), Taipei (MNA The Management of New Arts), Hong Kong (Hong Kong Arts Festival), and Shanghai (Shanghai Oriental Art Center) for their understanding about the tour cancellation. We hope to work closely with them in the not-so-distant future to bring the orchestra to their fine cities and concert halls. We also want to express deep appreciation to Askonas Holt, who have scheduled and managed the tour, and TravTours, Inc., who have handled all travel and hotel accommodations. Every individual involved in the planning of this tour has been incredibly dedicated to its success, and we look forward to continuing our work with them on future projects.

‘At this time of grave concern over the spread of the new coronavirus, our thoughts continue to be with those most directly affected by this serious public health crisis.’

BSO music director Andris Nelsons said: ‘All of us at the Boston Symphony Orchestra are incredibly sad to have to cancel our tour to East Asia and disappoint our fans in Seoul, Taipei, Hong Kong, and Shanghai, but we greatly appreciate everyone’s understanding that we need to put the health and well-being of our musicians first and foremost.

‘The orchestra and I love to tour and we were so looking forward to our first performances together in these cities and bringing the music of the BSO to these extraordinary places. Please know that we are all passionately committed to a future visit to East Asia soon.

‘We all feel deep gratitude to the many wonderful people who worked so hard at every level to organize and support this tour. Most importantly, our hearts and prayers are with everyone who has been affected by the coronavirus.’

The orchestra is exploring the possibility of scheduling some concerts and special events in Boston during the next two weeks, when the orchestra would have been on tour. Among the activities being considered is a BSO concert free for the community of Boston. Further details will be announced by early next week.

To view a 27 January 2020 report about the new coronavirus from the Centers for Disease Control and Prevention (CDC), a division of the U.S. Department of Health and Human Services, click here.