Augustin Hadelich named as Musical America’s Instrumentalist of the Year 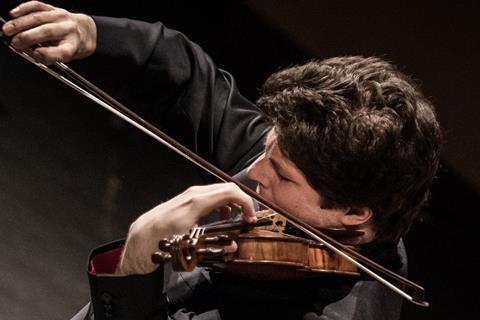 German-Italian violinist Augustin Hadelich, 33, has been announced as Musical America’s instrumentalist of the year.

The citation said that he ‘has proven himself a master of his instrument in music from Mozart to the moderns’ noting his broad repertoire, not least from the 20th and 21st centuries; this includes his championing of the concertos by Thomas Adès and György Ligeti, as well as Henri Dutilleux’s L’arbre de songes, his recording of which won a 2016 Grammy.

Hadelich, who first attracted worldwide attention by winning gold medal at the 2006 Violin Competition of Indianopolis, was also praised for ‘the buoyant rhythms and singing romanticism of his performance of Dvořák’s Violin Concerto with the New York Philharmonic,’ read the announcement of the award.