Anna Karkowska, who ruffled the violin world with hyper-Romantic style, dies at 36 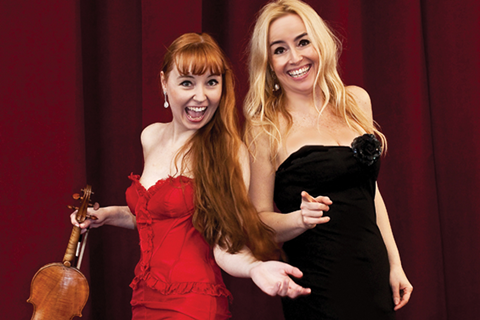 Anna Karkowska burst onto the scene with a series of YouTube videos in 2010, filmed during Abbey Road recording sessions with the London Symphony Orchestra for a debut album featuring Paganini, Sarasate, Wieniawski and a new concerto by young German composer Robin Hoffmann.

More recently, Karkowska had released two albums with her sister Kasha, who was her regular duo partner.

Karkowska graduated from the Wieniawski Music High School in her home town of Łódź, Poland, before attending the College-Conservatory of Music in Cincinnati, styding violin with Piotr Milewski, and moving to post-graduate studies at the Juilliard School of Music (studying with Dorothy DeLay and Hyo Kang).