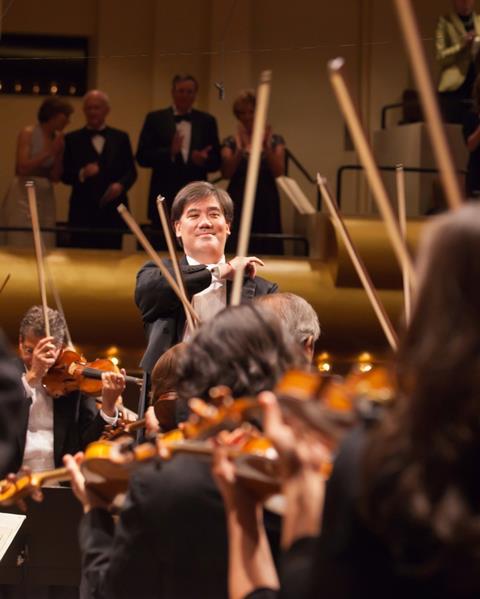 Up to five members of the orchestra and its music director Alan Gilbert will appear at the Music Academy Summer Festival in Santa Barbara every summer for the next four years, serving as a guest faculty and giving masterclasses, chamber music coaching sessions, private lessons, and lectures. Additionally, up to ten Music Academy Fellows, selected by audition during the summer, will travel to New York for ten-day apprenticeships with the Philharmonic each year.

‘This collaboration with the Music Academy of the West taps into multiple facets of the New York Philharmonic,’ said Gilbert. ‘Our musicians have an astounding amount to share, in terms of both performance and education. Their ability to give uplifting and excellent concerts is integrally linked with their potential to inspire and educate future orchestral musicians. This partnership with the Music Academy will give us the opportunity to showcase both of these sides through performances in beautiful Santa Barbara and ongoing work with their very promising Fellows.’

The New York Philharmonic, conducted by Alan Gilbert, will perform at the Music Academy Summer Festival in Santa Barbara during the 2015 and 2017 summer seasons. The 2017 residency will include a joint appearance with the Academy Festival Orchestra to commemorate the school's 70th anniversary.

Founded in 1947, the Music Academy of the West is a prestigious US summer school and festival for gifted young classical musicians. The 2014 edition takes place from June 16 to August 9 and includes performances and masterclasses by eighth blackbird, violinist Daniel Hope and the Takács Quartet.