The display will be housed at the Austrian Cultural Forum in New York from 23 February 2017, and will travel to Vienna, opening at the Haus der Musik, on 28 March 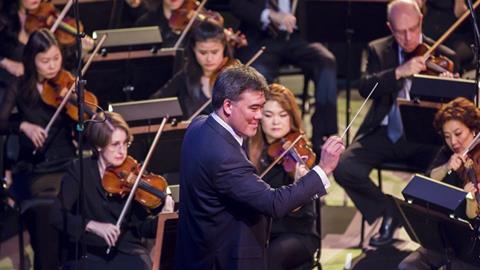 The New York (pictured) and Vienna philharmonics are each celebrating their 175th anniversaries in 2017, and to mark this milestone will present a joint exhibit of archival material from throughout their histories.

The display will be housed at the Austrian Cultural Forum in New York from 23 February to 10 March 2017, and will then travel to Vienna, opening at the Haus der Musik on 28 March.

Featured at the exhibition will be documents written at the founding of each orchestra, conducting scores, programmes, photographs from performances and tours, and letters from composers and conductors.

Entitled 'Vienna and New York: 175 Years of Two Philharmonics', the exhibit will launch in New York on 22 February at a private event including a joint chamber music performance by musicians from the New York and Vienna philharmonics. The New York Philharmonic will also perform at Vienna's Konzerthaus as part of its Europe Spring 2017 tour on 29 March.