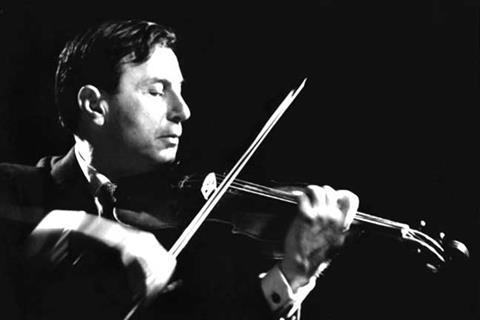 Celebrated for his technical ease, aristocratic poise, mellifluous bowing and tonal perfection, Nathan Milstein sustained a professional career at the highest level into his early 80s. Born in Odessa, Ukraine, Milstein began his musical education with the two famous instructors, Pyotry Stoliarsky and Leopold Auer. The 1917 Russian Revolution forced Auer to flee the country but Milstein was subsequently engaged by the Ministry of Education to perform a series of concerts in and around Odessa. He began a tour of Russia with Vladimir Horowitz in 1921 and four years later they were given permission to undertake a European tour in order to parade the musical talent of the Soviet Union in the capitalist west. After making his US debut with Leopold Stokowski in 1929, Milstein returned to Europe after the Second World War. As a leading international soloist Milstein was to appear in almost every country in the world and made hundreds of recordings. He became fabled for his purity of sound and intonation and undemonstrative style. In 1934 Milstein acquired the 1710 ‘Dancla’ Stradivari, but from 1945 his main instrument was the 1716 ‘Goldman’ Stradivari, which he later renamed the ‘Marie-Thérèse’ after his wife and daughter.