Model players – how the Aurora Orchestra was made miniature 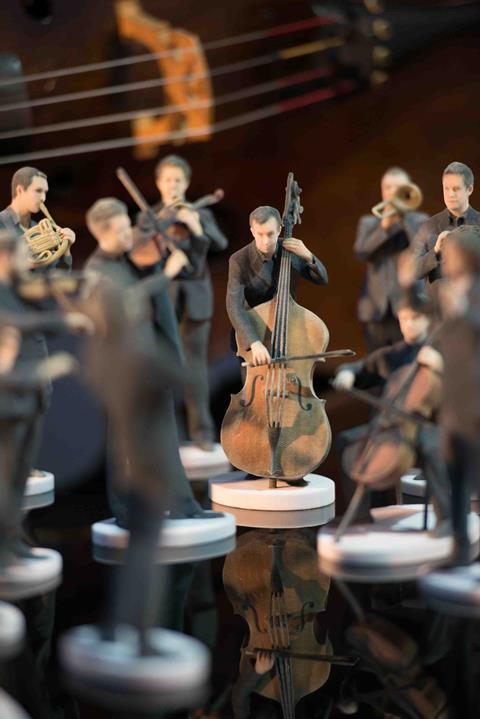 Not all new season brochures make headlines, but the cover shoot for the Aurora Orchestra’s 2014 booklet is so startlingly original as to deserve not only the attention it has already received, but a bit of further explanation.

Tired of the usual aerial shots and action pictures, the orchestra decided on a new tactic: to create what is probably the world's first 3D printed orchestra. Each principal player was photographed, scanned, then rendered into models using a 3D printer, and the results were then photographed for the brochure. The figurines have been created by Levavo and their My3DTwin creations.

‘Each principal player stood inside a room rigged up with 64 cameras, so as to capture every angle,’ said Liza Bewick at Levavo. ‘This data was then formatted for the 3D printer, which then printed each figure layer by layer. Each person took seven hours to print and the whole project took three weeks.'

She describes the 3D printed models – formed of compressed powder – as ‘a cross between porcelain and plastic' and explains some of the difficulties with using such cutting-edge technology:

‘The Aurora Orchestra project was a challenge beyond anything we have done before. We had no idea how difficult it would be to create such intricate shapes. Printing individual strings or the end of a flute is particularly tricky. Bits snap off, and it took a few attempts to get each figure perfect.’