This year’s contest, celebrating the centenary of its famous namesake, takes place in London during April 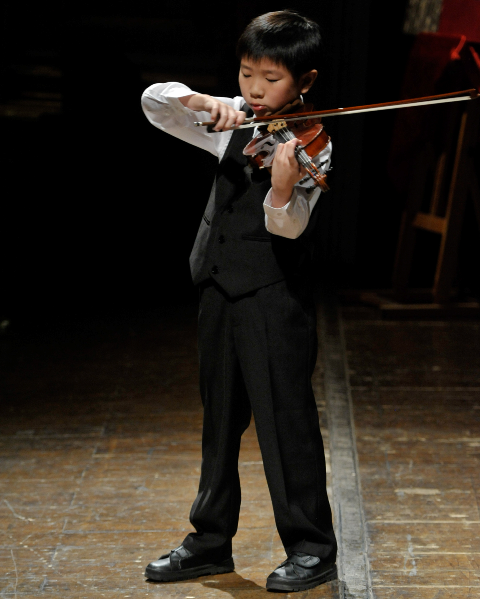 ‘I celebrate the fact that gender is no longer an issue in the world of violinists,’ said 2016 juror Tamsin Little. ‘I know my mentor Menuhin would also be delighted as, for him, the most important thing was always the music and the musician, and never their gender, colour, creed or nationality.’

Among the violinists are several former competition winners, including 10-year-old Samuel Tan (pictured), this year’s youngest competitor, who won the Postacchini Prize at the 21st International Andrea Postacchini Violin Competition in Fermo, Italy at the age of nine. Also competing is 16-year-old Ziyu He, winner of the 2014 Eurovision Young Musicians competition in Cologne, Germany, and 20-year-old Youjin Lee, who won first prize at the Irving M. Klein International String Competition in San Francisco in 2013.

The biennial Menuhin Competition this year takes place from 7-17 April at London’s Royal Academy of Music. The contest received 307 entries for 2016 – an increase of 9 per cent on 2014 – from Europe, North America, Asia, Africa and Australia.

As 2016 marks Yehudi Menuhin’s 100th anniversary, the competition repertoire will include works particularly associated with the violinist, including Bartók’s Solo Sonata written for Menuhin in 1944, and music by his mentor George Enescu.