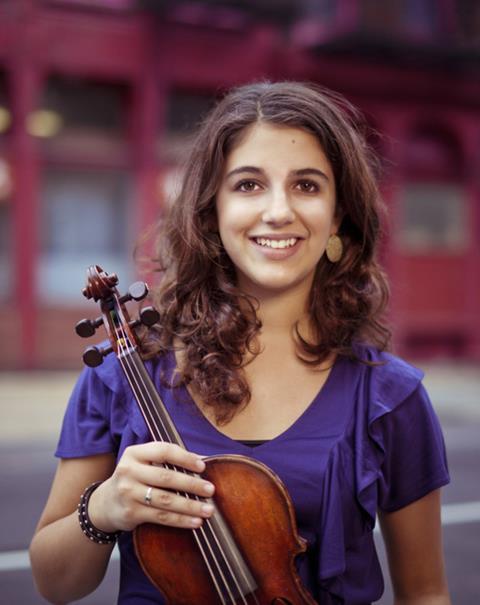 Maia Cabeza has won first prize at the Leopold Mozart International Violin Competition in Augsburg, Germany. The US–Canadian violinist, who was born in 1992, received 10,000 euros.

Cabeza (pictured) studied with Ida Kavafian and Joseph Silverstein at the Curtis Institute, and is currently studying with Ulf Wallin at the Hochschule für Musik 'Hanns Eisler' in Berlin.

Prior to her success in Augsburg, Cabeza was a finalist in the 2009 Philadephia Orchestra Competition, a semi-finalist in the Michael Hill and Buenos Aires international violin competitions, and a second-prize winner at the Sphinx Competition.