Guarneri’s carving is free and energetic, the movements of the tools quick and deep

This previously little-known violin from 1744, the last year in the life of Guarneri ‘del Gesù’, is another exceptional instrument by one of the great masters in the Dextra Musica collection. It is a highly significant and beautifully well-preserved example of his late style, in keeping with the more celebrated ‘Leduc’ and ‘Ole Bull’ from the same year. Historically, it has not been recognised in any published record, but was brought to the US in 1937 by the Hungarian violinist Edith Lorand, who purchased it from Emil Hermann in Berlin in the 1930s. After her death in New York in 1960, the Guarneri passed to Richard Burgin, concertmaster of the Boston Symphony Orchestra, before being purchased by Dextra Musica in 2006. It is now the concert violin of Henning Kraggerud.

The character and workmanship of the violin is highly expressive. Made from a plain piece of beech wood (which certainly caused doubts about its authenticity in the past) and locally grown oppio, the carving is free and energetic, the movements of the tools quick and deep, leaving no room for correction or smoothing. The scroll is almost bizarrely contorted, and an utterly unpredictable last evolution of the classical form first drawn by Andrea Amati almost two centuries earlier in Cremona. It is impossible to know the physical state of ‘del Gesù’ in the year of his death, when he was only 46, but the energy that is evident in this violin is not concealed by any painstaking finishing with scrapers and abrasives. He simply seems to have been impatient to get his work done in the time available to him. 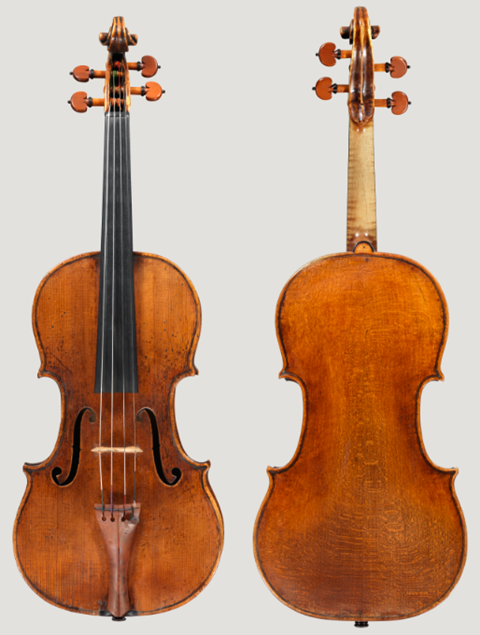