British cellist Robert Max, who has owned and performed on the ‘Saveuse’ for more than 20 years, gives his thoughts on the instrument’s sound and quality 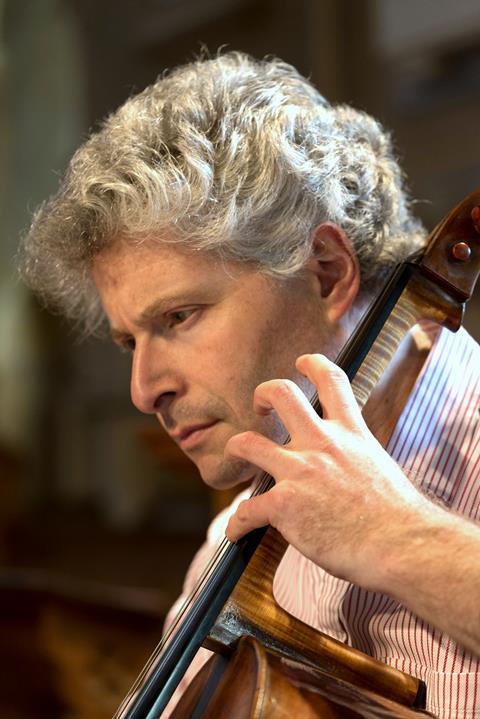 The following is an extract from an article on the 1726 Antonio Stradivari ’Saveuse’ cello in The Strad’s May 2012 issue. To read in full, click here to subscribe and login.

I first saw this modestly proportioned ‘little’ Strad cello in 1990 at J.&A. Beare’s. It was its singing qualities that captured my attention. I was surprised to notice that although the dimensions of the ‘Saveuse’ were small, the sounds that came from the bass of the instrument were especially full and rich. The downside was that the A string’s tone was weak by comparison and I recall Ralph Kirshbaum’s words: ‘Robert — you don’t earn your living on the C string.’ Adjusting the position of the soundpost seemed to me like something of a Robin Hood exercise — stealing a little of the excessive depth of the C string and giving it to the A string.

Taking the cello with me to New York in November 1990, I was aware that the cold temperature and extreme dryness over the winter could cause serious problems. I turned up at Jacques Francais’s shop in West 57th Street and René Morel greeted the cello like a long-lost friend — he remembered it from Wurlitzer’s in the 60s. The bridge was now far too low due to the dryness, so I had it replaced with a Belgian bridge as an experiment. The seams around the edges had to be released as well, so that the accumulated tension and stress caused by the dryness could be tempered.

The cello has always had Larsen Soloist medium A and D strings, and Thomastik mittel G and C. It’s an expensive combination, but I only change strings when they break. Some people might find the combination of bright metal strings and Belgian bridge too demonstrative, but I like the clarity and the immediacy of the response this combination brings, and I know that I must always ensure the sound has warmth and depth.

Over the years I have had the opportunity to play several Stradivari cellos. How different they all are. I have heard people say that Strad cellos can be difficult to play but I have never found the ‘Saveuse’ at all difficult. It is responsive in all registers, will play with as much intensity as I can muster, floats the gentlest of sounds, and projects in even the halls with the most challenging acoustics. The only thing one might consider difficult playing a cello of this calibre is that if something doesn’t work, I can be sure it isn’t the instrument’s fault.

My answer to the frequently asked question as to how I manage the responsibility of playing and taking good care of the ‘Saveuse’ is that every cellist cherishes the instrument they play on and my relationship with this one really is no different.