Now that having high-quality images of instruments is essential for many luthiers, a practical solution is to create your own photographic studio. In this extract from the October issue of The Strad, Ian McWilliams describes how he went about creating light boxes for lighting isntruments 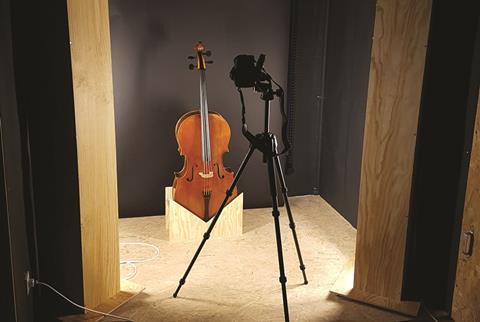 The following is an extract from a longer Making Matters piece in The Strad’s October 2017 issue – to read the full article, with descriptions of the stands, backdrops and camera exquipment used by Ian McWilliams, download the issue on desktop computer or via the The Strad App, or buy the print edition 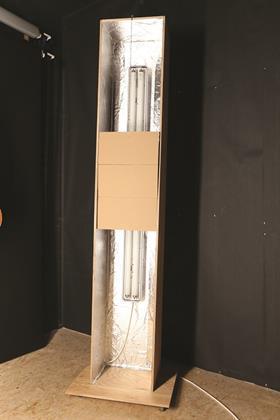 For lighting instruments, I had to create two light boxes (right). They’re made from plywood, with wheels attached, and they have a large base for the sake of balance. The insides are covered in aluminium foil, which reflects as much light as possible out of the box. On the front is a piece of cardboard that can be raised and lowered with a chain. This cardboard allows me to adjust the intensity of the light falling on different parts of the instrument, so that I can eliminate any reflections, especially in the C-bout area.

Two fluorescent tubes (left) provide the light in each box. There are many different opinions on lighting, and it’s a matter of preference as to what kind of light you choose: colour temperatures over 5,000 kelvin are a bluish-white, while lower colour temperatures (2700-3000K) are a yellowish-white to red. I prefer to use a warmer light at the lower end of the spectrum because I believe most musicians don’t go outside to admire their instruments – most of the time they are played indoors with warm lighting, so I believe that that is a more realistic way to show my instruments.

To read the full article download The Strad’s October 2017 issue on desktop computer or via the The Strad App, or buy the print edition