From the archive: the 1697 'Molitor' Stradivarius 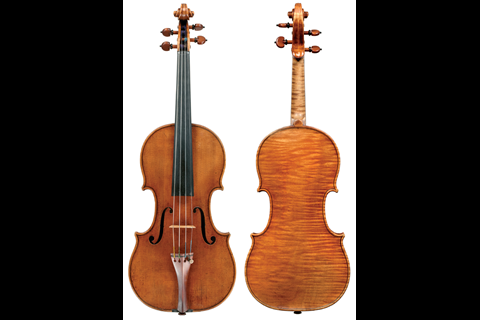 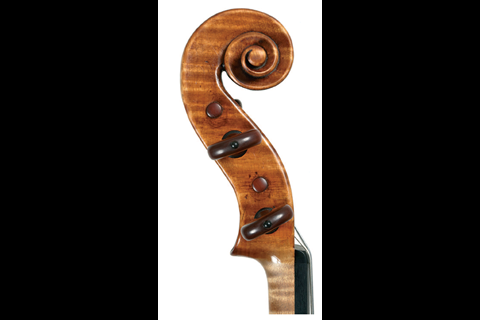 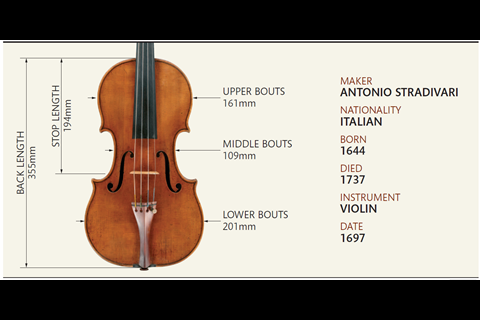 This article by Philip Kass was first published in the December 2010 issue, soon after the instrument had been sold to Anne Akiko Meyers for a then-record $3.6m

The ‘Molitor’ violin draws its name from the Count Gabriel-Jean-Joseph Molitor, a general in the armies of both Napoleon Bonaparte and the Bourbon monarchs who succeeded him. It remained in his family for almost a century before being sold in 1917.

The violin arrived in the US in 1929, having been acquired by the noted viola pedagogue Louis Bailly on behalf of the Curtis Institute. It was one of their finest instruments and was lent to several students who went on to prominent careers, most notably Henri Temianka and Jascha Brodsky, leaders of, respectively, the Paganini and Curtis quartets, and highly regarded teachers in their own rights.

Over the course of the following few years, however, a decision was made that the school’s instrumental resources could be better shared by having more instruments of lesser value. Thus, in 1936 the ‘Molitor’ went back to Hill’s in London, who had had it just the previous year for thorough maintenance, in exchange for, among others, a late Brothers Amati and a Giuseppe ‘filius Andreae’ Guarneri.

After several British owners, it landed in the hands of Elmar Oliveira, the distinguished American violinist, who performed on it until he acquired the ‘Stretton’ Guarneri ‘del Gesù’. The ‘Molitor’ has now been sold through Tarisio to another American violinist, Anne Akiko Meyers, who promptly gave it its debut with the Pasadena Symphony, thus returning its voice to the concert hall.

The ‘Molitor’ represents both change and continuity in Stradivari’s oeuvre. By 1697, it seems clear that the maker was rethinking the long pattern that he had been using since the early 1690s. This form, which yielded so many great instruments with bodies in excess of 36cm, developed from his earlier and smaller designs – to which Stradivari, ever exploring, now returned.

The ‘Molitor’, therefore, while still crafted with the refined edgework and scroll designs, and almost Brescian-like arching that spans an even curve from edge to edge, so notable in the long-pattern instruments, was created with a conventional body length of 35.5cm.

While Stradivari returned to his earlier forms, in use during the last years of the 1680s, he did not cease his experimenting with both arching and aesthetics, but rather carried them to new conclusions, after the start of the new century, which resulted in such masterpieces as the ‘Betts’ violin.

At the same time, there remains continuity in both the craftsmanship of his instruments and the materials with which they were created. The neat, elegant f-holes of the ‘Molitor’ and the precise, distinct edging and corners find an echo in countless examples both earlier and later. The exquisite maple used for the back seems almost kindred to the slab-cut wood with a broader flame used during the period 1682–6.

The soft, cloud-like flames spanning its width, narrower and more horizontal in placement, find their closest match in the ‘Castelbarco’ of c.1699, but with a subtlety of flame and knots seen in such works as the ‘Lafont’ and ‘Jarnovitch’ of 1699 in and the ‘Jupiter’ of c.1700, like slices from the same cake.

The scroll, bold in concept but delicate in execution, with fine chamfers and a small and rounded eye, finds ample echoes in many of these same violins.

Anne Akiko Meyers now plays the ‘Vieuxtemps’ Guarneri, which she discusses in the June 2018 issue