From the archive: a cello by Domenico Montagnana 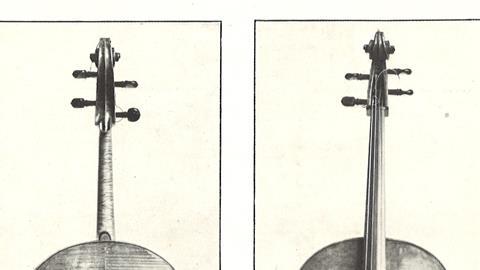 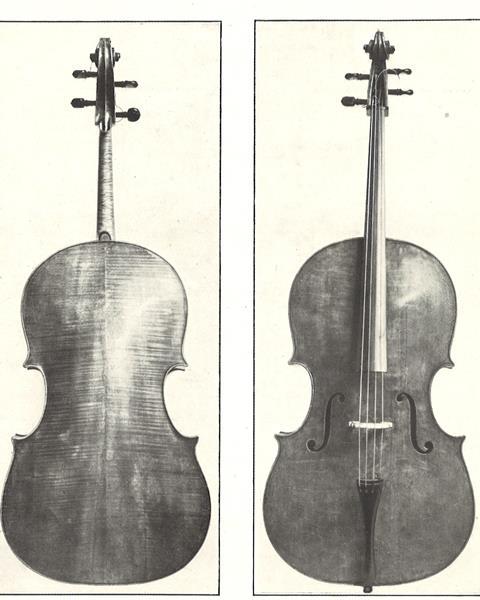 This illustration of a Domenico Montagnana cello was published in The Strad, May 1924. The following text is extracted from an article accompanying the photographs:

This very fine cello by the ‘mighty Venetian’, Domenico Montagnana, is one of the treasures of the Lutyens collection. It was formerly in the possession of the late Colonel Paget of the Grenadier Guards, a friend of Servais, to whom the Colonel lent it for a tour in Belgium.

It has a velvety softness, and that bright, clear, liquid tone which is so characteristic of the Stradivarius instruments . The upper bouts are much broader than the usual Strad model, the waist curves have not that vigour which Stradivarius gave his instruments.

The varnish has been laid on with a full brush – even now as may be seen in the photograph, it is thick and crinkled on the belly, the surface being like that of a fine painting of the same period. The colour is that of a deep red garnet.