Lock of Mozart’s hair smashes estimate to reach £35,000 at auction

The item, enclosed in a locket, was sold by Sotheby’s in London 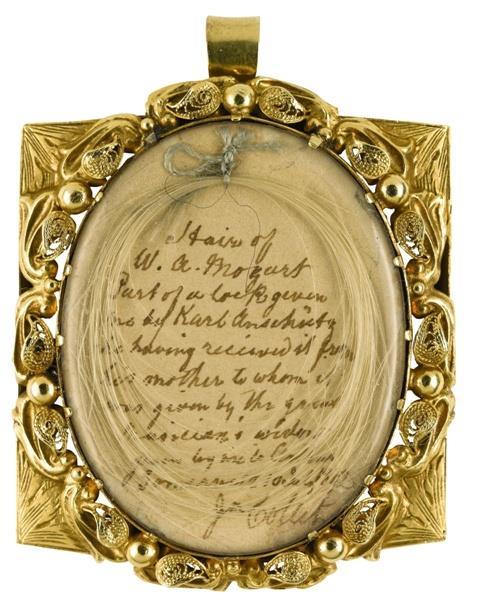 A lock of Wolfgang Amadeus Mozart’s hair has far exceeded its estimated value to sell for £35,000 at auction. The curl, dating from 1791, was valued by Sotheby’s in London at between £10,000 and £12,000. Enclosed in a gilt locket, the item was passed from the composer's widow Constanze to German conductor Karl Anschutz, before being given to English composer Arthur Sommervell.

A small lock of Ludwig van Beethoven’s hair and a printed invitation to the composer’s funeral in 1827 were also sold in the same Sotheby’s lot for £8,124, exceeding the estimate of £2,000.