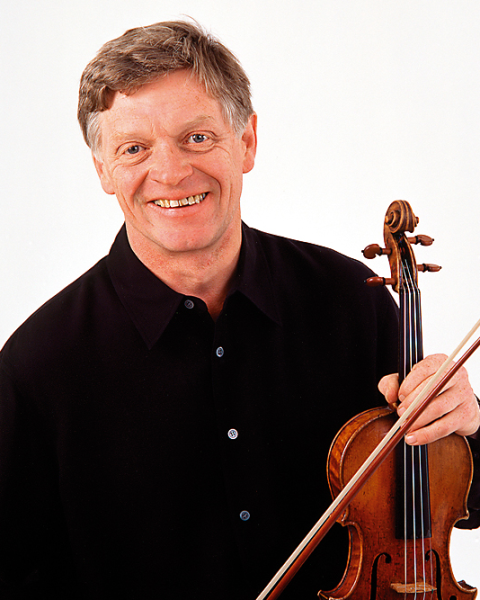 Lindsay String Quartet founding violinist Peter Cropper has died at the age of 69. The British musician served as the ensemble’s first violinist from its inception in 1965 to its retirement in 2005. He was also founder and artistic director of the highly successful Music in the Round programme, dedicated to the promotion of chamber music throughout the UK and resident at Sheffield’s Crucible Theatre.

Cropper was born in Southport, Lancashire in 1945 into a musical family: his grandfather was concertmaster of the Liverpool Philharmonic Orchestra and his uncle was long-time principal viola in the BBC Philharmonic.

At the age of 13 Cropper won a music scholarship to Uppingham School and later studied at the Royal Academy of Music in London, where he founded the Lindsay Quartet with second violinist Michael Adamson, violist Roger Bigley and cellist Bernard Gregor-Smith. Adamson left the group in 1971, to be replaced by Ronald Birks, and Robin Ireland succeeded Bigley as viola player in 1985. The ensemble finally disbanded in 2005.

Cropper subsequently performed in a piano trio with cellist Moray Welsh and pianist Martin Roscoe and recorded the complete Beethoven Violin Sonatas with Roscoe for ASV. He also taught an MA in music performance at Sheffield University.

The violinist spoke of his love of Beethoven in a Masterclass feature on Beethoven’s 'Kreutzer' Sonata in The Strad’s March 2009 issue:

‘It was Beethoven who first inspired me to try to earn a living from playing music. I wanted to share his vision and his humanity with as many people as possible. For 40 years I strived to do this through the string quartets, and since 2005 through the piano trios, the string trios and of course the violin sonatas. I have spent so many hours trying to get inside his mind, to understand each sforzando, each subito piano, even his motivation for writing every piece. Of all the ten violin sonatas, the 'Kreutzer' Sonata is the one in which solving mechanical problems (of which there are plenty) most helps to convey the spirit of the music.’