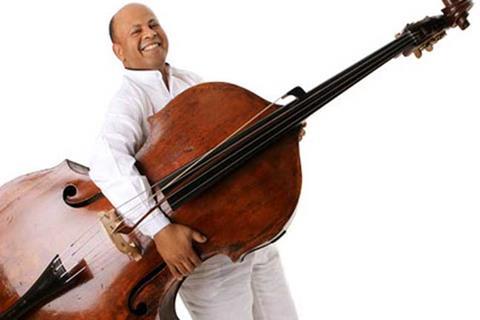 Born in Cape Town, but now a British citizen, Leon Bosch graduated from the University of Cape Town before continuing his studies at the Royal Northern College of Music in Manchester. He made his London solo debut with the Philharmonia Orchestra in 1984 and has since appeared as a concerto soloist with many distinguished musicians, including Pinchas Zukerman, Sir Charles Groves and Nicholas Kraemer. In 1995, he joined the Academy of St Martin in the Fields (ASMF) following an 11-year stint as principal bassist of Manchester Camerata. Former positions also include principal bassist with the East of England Orchestra (now Sinfonia ViVA) and the London Mozart Players. Bosch retired from his position as principle bassist at the ASMF in 2014 in order to focus more attention on personal projects, primarily a new chamber ensemble of hand-picked musicians called I Musicanti, which aims to promote less well-known repertoire.