When playing a new concerto 'you have to take on its personality completely in order to make it convincing', says the violinist 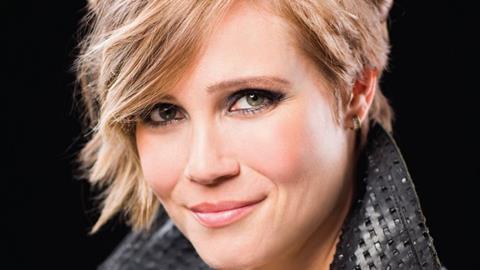 The following interview with Leila Josefowicz is taken from The Strad’s January 2017 issue cover feature on 21st-century violin concertos – to read the full article, download on desktop computer or through The Strad App.

Composers have spent the past three centuries getting rid of rules and conventions, freeing up the form and structure of the concerto and the roles of the orchestra and violin. Thomas Adès has them playing games with each other, their lines overlapping at different speeds, while Matthias Pintscher uses intricate shifts of timbre to create a kind of sonic mosaic.

Scheherazade.2, which John Adams wrote for me in 2014, is sub-titled 'a dramatic symphony for violin and orchestra'. That interactive relationship is vital to the work’s social message and the narrative of the solo part, the voice of a woman who fights oppression and convention, and is stronger than the men who want to silence her. Unlike in a typical concerto, the orchestra is never ‘held back’ for her to sing out – she has to struggle against it. Theatrically, it challenges the conventional idea of what a violin concerto should be; the issues it confronts – sexism and bigotry – would previously have been well beyond the form’s reach. This evolution is very exciting because it’s more important than ever that art confronts injustice head on.

Part of the reason I’m so attracted to modern repertoire is because I am fascinated by rhythm: along with the orchestra you have to find that golden tempo and let it groove. Pintscher, whose concerto I’m learning at the moment, requires precise rhythmic co-ordination between the soloist and orchestra. All the players must be aware of the tiniest increments of the beat so that they can pass complex subdivisions between parts. They both demand absolute comfort and rhythmic accuracy between the soloist and orchestra, so that the whole thing still feels free and organic.

I think my obsession with new music goes back to very early in my career. Felix Galimir, who was one of my teachers at the Curtis Institute, gave the first performance of Berg’s Lyric Suite and it was incredible to have a tangible link to that kind of history. But it was an environment where even composers like Bartók were considered very modern indeed, which only made me more excited to challenge the idea of the 'standard repertoire' once I had the freedom to do so later on.

When I’m learning a new concerto, I internalise my part with the same intensity that an actor would. You have to take on its personality completely in order to make it convincing. If you play a concerto from the 21st century, the odds are high that it won’t have been performed all that much before. If you’re really lucky, you might be exploring entirely uncharted territory. The composer is very vulnerable because the way a soloist plays a new concerto has a big impact on how much the audience enjoys listening to it and, ultimately, how well it survives. That’s why I put such an emphasis on learning the language of a piece, especially since composers today write in such a huge range of styles and idioms. Making it all make sense is a big responsibility, but one that I love.

To read The Strad's full 21st-century violin concertos cover feature, download the January 2017 issue on desktop computer or through The Strad App.