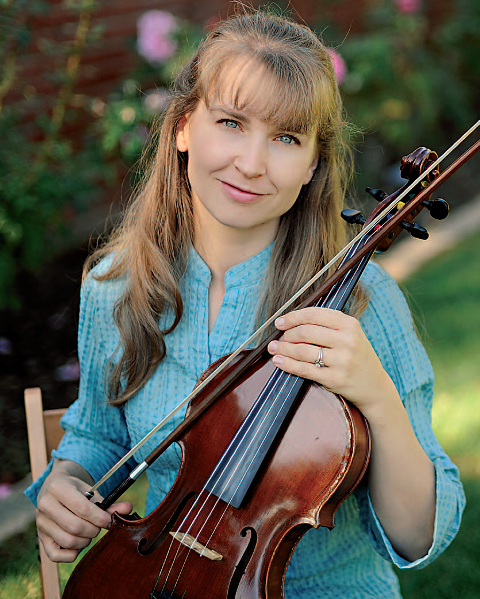 Have you always had problems with your shoulders?Until two years ago I had never experienced pain when playing, but in January 2008 I started feeling twinges in my bow arm when crossing strings. Three days later I woke up with a frozen right shoulder.

Initially it was very painful – especially to the touch. I kept trying to raise my arm but all it did was shake. I called my orchestra’s personnel manager and contacted an orthopaedic surgeon. Fortunately I was given a very early appointment when I told them I couldn’t sleep, couldn’t work and had five children to look after!

What was the initial diagnosis?

After an X-ray the surgeon told me there was a calcium deposit on the supraspinatus tendon, which runs from the shoulder blade into the top of the arm, but he said this should get reabsorbed eventually. He gave me a cortisone injection to get the shoulder moving again and relieve pain, and then referred me for physiotherapy. This involved ultrasound treatments and manipulation of the shoulder joint, and I was also given strengthening exercises to do using rubber bands. The physiotherapist advised me not to play too much in case the shoulder flared up again. This treatment went on for five difficult months. When I did try playing, I was afraid that I would make the shoulder worse. I wondered if it would ever be strong enough to allow me to get back to my job.

What were your next steps towards recovery?

By June I was sufficiently recovered that, if I’d been someone with a desk job, I could live a normal life, but I still wasn’t able to play my viola with the stamina and strength needed. My physiotherapist suggested I might need surgery but my surgeon refused to operate, because it might cause more damage. He suggested I try soft tissue massage therapy instead. At this stage I decided to take some control over the situation, so I started exercising to improve circulation to the shoulders. I didn’t have time to go to a gym but I would jog up and down stairs, do aerobic exercises and go for brisk walks. I also knew that sugar is bad for inflammation, so I gave up eating desserts. Once sugar was out of my system it was natural to eat more vegetables, fruits and whole grains, and to avoid processed foods. These changes made a huge difference; I had more energy and also lost weight.

Absolutely. As soon as she examined me, the therapist said, ‘Your shoulders are lifted and hunched forwards, and we have to get them back into position.’ I could see in the mirror that my arms weren’t hanging centrally to my body, but a little forward. Thirty years of playing had encouraged my muscles to leave their normal posture and tighten in the wrong position, which had eventually caused the frozen shoulder. Over the next few months she did a lot of massage to release the tightness and I also had some cross-friction massage from a chiropractor to break up the scar tissue around the tendon.

Were you playing again by this stage?

My personnel manager suggested I come back to the orchestra and sit on the back desk to see how it went, so I played for a piano concerto. Only then did I realise how athletic orchestral playing is – moving from pizzicato to arco to tremolo is very tiring for the arm. When I was still not satisfied with my progress, my massage therapist referred me to a movement therapist. He told me he could design a series of exercises to help my body prepare for and recover from playing. I was really encouraged when he told me that the best way to get stronger was by playing more, as long as I did his exercises before and after. He designed a ten-minute routine to open the shoulders and help them to remember their natural position when not playing.

Was this the turning point you were waiting for?

It was: I knew I could play again without fear, as long as I did the exercises. I started practising orchestral parts at home to build my stamina and checked my progress by playing along with the audio backstage when my colleagues were performing. I was back at work the week before Christmas 2008.

How has the experience changed you?

Now that my shoulders are in their normal position my playing feels much freer. I am more in tune with my body; I recognise tension when it creeps into my playing and make adjustments to relieve it before it builds up. I am grateful to have discovered how my injury occurred and to have the tools necessary to keep it from happening again.

This article was first published in The Strad's January 2010 issue. Subscribe to The Strad or download our digital edition as part of a 30-day free trial. To purchase single issues click here.