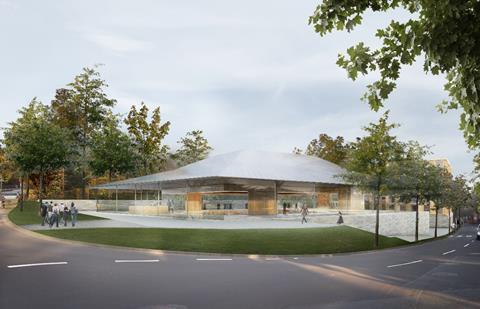 Kronberg Academy, a music college training outstanding young string players for careers as soloists, has moved a step closer to building its a purpose-built new home.

It first announced plans in 2014 where, following a competition, Berlin-based architect Volker Staab’s firm was engaged for the overall project, and Dutch acoustician Martijn Vercammen for the design of the hall.

A parcel of land near Kronberg railway station was purchased for the purpose.

The Casals Forum, as the new hall will be known, will seat 550 with stage space for 65 musicians.

The groundbreaking ceremony will take place in October 2017 with an expected completion date in 2020 or 2021, and its construction costs of around €36m will be met by a combination of funds from federal government, the State of Hesse and private donors. 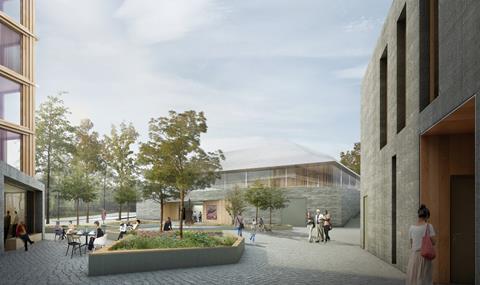 Sir András Schiff, a member of the academy’s artistic council, said: ‘Kronberg is a kind of oasis in the world of music. It is a place of refreshment with ideal conditions for playing music and working. Kronberg Academy is rightly famous the world over and its festival concerts are unique, a fascinating partnership between older and younger artists.

‘A new, first class chamber music hall would give us wonderful opportunities, an intimate performance venue with its own special atmosphere and outstanding acoustics. An uncompromising concert hall. Kronberg could thus become one of the focal points of musical life.’

Christian Tetzlaff noted that, ‘To be able to communicate to audiences really well and to speak freely, the artists (not to mention we tutors) need a choice instrument – in this case a building in which this art form can truly flourish!

‘A building like that will be vital for the valuable work that will take place in the future. And a huge gain for us all.’