Jeff Bradetich’s instruments: a 250-year-old Guadagnini and a modern bass made of old wood 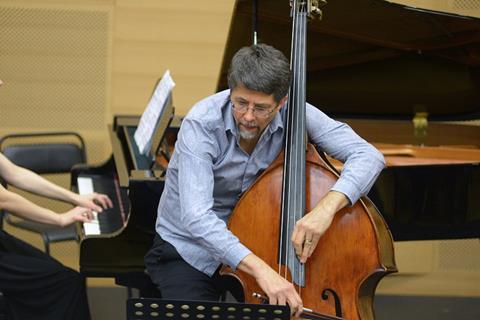 The following is published as part of a career restrospective interview with Jeff Bradetich in The Strad’s September 2017 issue, out now – download the issue on desktop computer or via the The Strad App, or buy the print edition. 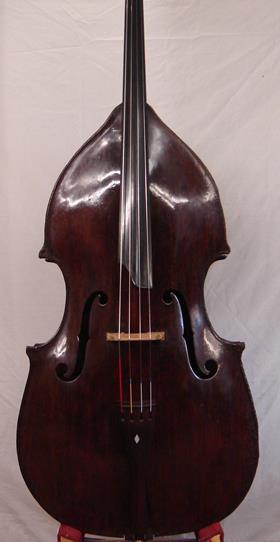 Bradetich has the unusual luxury of being able to choose between his 250-year-old Guadagnini bass (right) and a modern instrument, by Rumano Solano (main photo). ‘I suggested to Rumano that he make it as much like the Guadagnini as possible, so it is easy to move between the two. I wanted the same size and string length [41in/104cm].’ After experimenting with several designs Solano created an instrument that matched the Guadagnini for size and playability.

Solano used wood aged for more than 100 years, which Bradetich says is unusual in contemporary instruments, which typically comprise wood aged between 20 and 25 years. ‘Right away the bass had a more mature sound than a typical modern instrument,’ he adds. And while Bradetich favours the Guadagnini in early music, much of his recording work now features Solano’s instrument.

‘I have had the Guadagnini since 1982. It is labelled 1767. I bought it from a retired member of the LA Philharmonic who hadn’t played it for years; despite this it immediately spoke with a deep, rich and resonant tone and very clear projection: perfect for solo playing. Often a solo bass has a good top end and little on the bottom, but this has both in abundance. I love the low, powerful profundo sound. Compared to the Solano the Guadagnini sounds older, while the Solano has a slightly brighter sound with great clarity and is easier to play. Both have more sloping shoulders than the “cello” models, allowing easier access to the higher positions. I have a C-extension on the low string on both basses because I love those notes in solo playing, and it allows greater resonance than the regular four-string and particularly the five-string bass.’

Because of the hazards of flying with a stringed instrument, Bradetich tours exclusively with the Solano. ‘In my recent recording of Bach’s Fourth Cello Suite I used the Solano, but for my New York concert in November I will play both: the Guadagnini with gut strings and an early bow and A=435 tuning for Corelli and Beethoven, and the Solano for the Romantic and modern works.’

To read the full interview with Jeff Bradetich, download The Strad’s September 2017 issue on desktop computer or via the The Strad App, or buy the print edition. 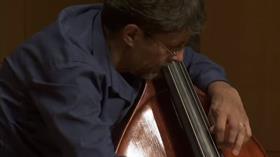