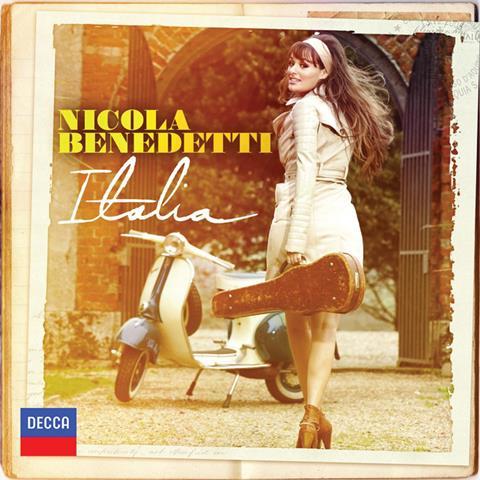 Nicola Benedetti, a Scot of Italian parentage, is quite at home in this collection of Italian Baroque music in the company of the Scottish Chamber Orchestra (SCO). Baroque performance is still quite new to her, although it doesn’t show. She performs on this CD with a Baroque bow on her 1714 Stradivari, with metal strings. The sound is ringing and brilliant.

The opening work, Vivaldi’s ‘Grosso Mogul’ Concerto in D major, continues the bi-national theme, with a slow movement only recently found in the National Archives of Scotland, a Recitativo: Grave of quite startling originality which sounds in Benedetti’s hands like a gypsy improvisation. There are arrangements of two Vivaldi arias, beautifully shaped and with a tasteful use of vibrato, which is generally restrained throughout the disc. She is joined by theorbo, cello and harpsichord for the original version of Tartini’s ‘Devil’s Trill’, pointed and pristine, with wonderful supple phrasing in the slow sections.

She plays all the concertos with a sense of freshness and a kind of happy vitality, ably abetted by the SCO. Summer from The Four Seasons, which ends the disc, comes with almost a shock of familiarity after such varied and mostly little-known repertoire. It’s a delightful CD, with a warm and bright recording.