The American violinist gives an insight into her strategy for getting her head, and fingers, around tough new repertoire 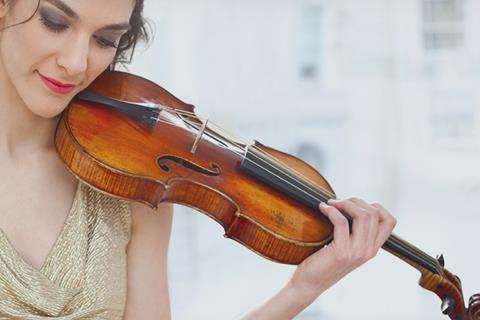 1. Approach new works as though they were core repertoire

In a sense, I am inclined to say, ‘treat difficult modern/contemporary music the same way you would treat any other more standard repertoire,’ meaning that many of the same basic parameters apply.

Rhythmic precision, pure intonation, quality of sound and range of expression should get the same level of care and attention in a work by Sciarrino as they would in one by Schubert.

2. Don’t forget about the context

The social, political, cultural and musical context in which a piece was composed and the one in which it will be performed are major factors in developing an interpretation of a work.

So do your research: what were the composer’s musical interests and inspirations? What did the composer have, if anything, to say about this particular work? Is there a note of introduction or any other form of written documentation in which he/she lays out his/her thoughts about or motivations for writing this piece?

In the case of the eighth Berio Sequenza that I recorded on my recently released album, ‘The Dreams & Fables I Fashion’ for Rubicon Classics, I took Berio’s evocative author’s note as my interpretative point of departure.

This informed even the programming of the rest of the album, to a large degree. I wanted to bring to life Berio’s ideas of hearing ’the history behind every instrumental gesture’.

Context also means getting to know a composer’s musical language, beyond just the piece you are working on, through exploring and studying as wide a sample of their music as possible. One of the things that can be most exciting in working on modern/contemporary music is that, even if you are unable to work with the composer directly, one can often, at the very least, hear performances or recordings of artists who worked closely with the composer.

The nature of the space  in which you will be performing a given work is also important, as it helps to determine which aspects of the piece’s character you should emphasize and influences the ’statement’ the piece makes on a given occasion or how it is perceived. This means that one’s interpretative approach can change drastically from one performance to another.

3. Find ways to break down the technical challenges

For passages that are particularly rhythmically challenging, I often count out loud while clapping the rhythm, or clap the rhythm with the metronome, building speed.

If the notes themselves are also tricky, I might practise the pitches slowly in a simplified rhythm before putting it all together. Sometimes I will also bow the rhythm on a single repeated note, building this up to tempo before adding all of the elements back together.

In fast, technically challenging passages, I will often practise with a variety of rhythmic and bowing variations to iron out coordination, just as one would normally do for similarly difficult passages in more standard repertoire.

The exciting thing about newer works is that there is, by definition, less of a performance legacy built up around them, and therefore one can really be free to explore and find his/her own personal approach in the work.

This, however, adds a layer of responsibility. If someone performs an unconvincing Bach Chaconne or Beethoven Violin Concerto, it is highly unlikely that anyone would blame the performance on the composition itself.

With a new or lesser-known work, if the performance falls flat, often the listener will say, ‘I didn’t like that piece.’ I sometimes hear performers say, ‘I won’t worry about that piece - no one knows it anyway,’ and I cringe, because I think this is totally the wrong approach. When we tackle a new work, it is our job to, insofar as possible, be its champion and bring it to life and to light.

Sometimes new compositions will explore techniques that are outside the realm of our everyday experience. When this is the case, I like to extract this technique from its context in the composition and practise building the technique itself into my arsenal.

In the case of the caprice by Salvatore Sciarrino that I recorded on my new album, there were several such techniques. First, the entire piece is in artificial harmonics, often in double-stopped trills. But more notable was the virtuosity of subtle dynamic control that it called for: swelling from niente to ppp and back down to niente. Having to differentiate that from the swells on a similar gesture that go only up to pp or distinguishing a mp from a mf requires an incredible amount of bow control.

I try to practise these techniques in scales, arpeggios, or perhaps even play with them in a passage of a piece I am very familiar with. I like to keep working on the technique abstracted from its musical context in this way until I feel I have really dominated the technique.

Lastly, don’t be afraid to experiment!

Read our review of Elicia Silverstein’s CD, ‘The Dreams and Fables I Fashion’.