From the archive: kitchen stove-top experiments in Cremonese varnish

In the April 1938 issue, a hapless amateur maker relates his unfortunate experiences while attempting to find the ‘secret’ of Stradivari 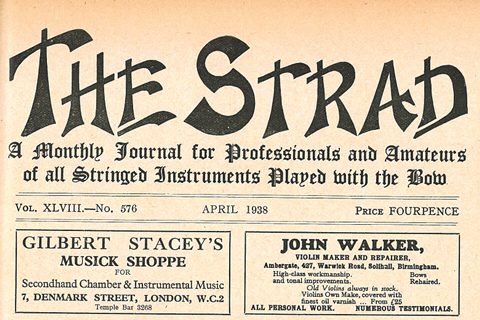 DEAR SIR, Due to the articles in your paper a year ago I became an amateur violin-maker and have already completed a few instruments. On several occasions I have been privileged to spend a most enjoyable hour or two in Mr. Geo. Wulme-Hudson’s workshop and have there seen many types of varnish, which fired me with the ambition to make my own. So I got some oil of amber, linseed oil and turps and thought I would amuse myself.

After getting the right side of my wife, I borrowed a two-pint saucepan, assuring her it would be quite all right when I had finished with it, and poured in four ounces of linseed oil. It stated in the articles that this had to be heated over an electric hot-plate until thin, foggy vapours would arise, after which the amber oil had to be added, and these vapours would give way to a pleasant, resinous perfume. I accordingly put the saucepan on our electric cooker in the kitchen and switched on the current; “thin, foggy vapours” appeared right enough, and these got thicker and thicker, until the whole house was permeated with the equivalent of a London “pea-souper.”

These vapours were of a particularly choking nature, and my kiddies, who were in bed, woke up coughing, and then my wife commenced to say a few words, and I thought, after a while, that they were right in their objecting to the smell, as it did not seem at all nice, even to me, who you might call an enthusiast, seeking after the long-lost Cremona secret.

I therefore took the saucepan off the cooker with the intention of placing it in my garden, as far from the house as possible until it had cooled off, but just as I got to the open kitchen door the oil burst into flames. I threw the saucepan as far in the garden as I could, and watched the flaming oil burn itself out. My local chemist tells me that this combustion is not at all unusual when heating linseed oil, and your readers should be warned thereby.

Of course, I had to buy two new saucepans, one to square my wife and the other to enable me to continue my experiments, as I was now refused the loan of any cooking utensils, and also banished from the house whilst doing this work.

Anyway, although I do not hope to succeed where so many cleverer men have already failed in the past, I do begin to think that when the “long-lost secret” is found the recipe will probably read like this: “Take some amber and crush it, place in pot with 2d. worth of linseed oil and 2d. worth of turps and heat for a few hours; if you are not stifled with the fumes by then (and your house is not burned down) you might have some Cremona varnish, but to be absolutely certain, you should throw this in the dust-bin and purchase a small bottle of varnish from the violin shop.”

Do YOU have something to say about something you read in The Strad – or about the strings world generally? For your chance to win a bundle of premium accessories, send letters to the editor at thestrad@thestrad.com. 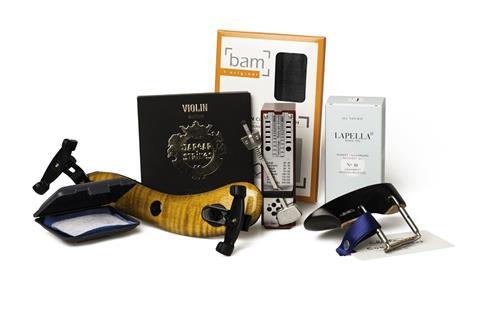 Letter of the Month wins: