Hollywood composer James Horner has died in a plane crash 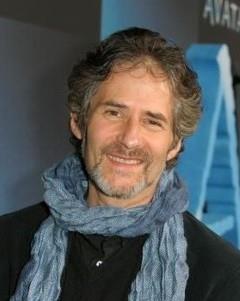 Hollywood composer James Horner has died in a California plane crash at the age of 61. The musician, a trained pilot, was flying the private jet alone. The cause of the crash, which happened north of Santa Barbara yesterday morning sparking a bushfire, is currently unknown.

Horner wrote the Oscar-winning score for 1997 film Titanic, directed by James Cameron, and shared an additional Oscar for that film with lyricist Will Jennings – for best original song, My Heart Will Go On, performed by Celine Dion. He also composed the scores for fellow James Cameron films Aliens (1986) and Avatar (2009), and worked with director Ron Howard on numerous occasions, including on 1985’s Cocoon, 1995’s Apollo 13 and 2001’s A Beautiful Mind. Other notable Horner soundtracks include 1995’s Braveheart directed by Mel Gibson and 2005’s The New World directed by Terrence Malick.

Howard tweeted: ‘Brilliant Composer James Horner, friend & collaborator on 7 movies has tragically died in a plane crash. My heart aches for his loved ones.’

Born in Los Angeles in 1953, Horner spent his early years in London, studying at the Royal College of Music, before returning to the States and earning a master’s degree from the University of California.

In May this year Mercury Classics released a recording of the composer’s first concert work in 30 years – a concerto for violin, cello and orchestra entitled Pas de Deux performed by Norwegian siblings Mari and HŠkon Samuelsen on two Stradivarius instruments. The work was premiered in November 2014 with the Royal Liverpool Philharmonic conducted by Vasily Petrenko.