‘There is an underlying sense of foreboding’

Marking the twelve days of the festive season, The Strad presents quotes from the archive. Today, the Carducci Quartet players discuss subtext in Shostakovich’s string quartets 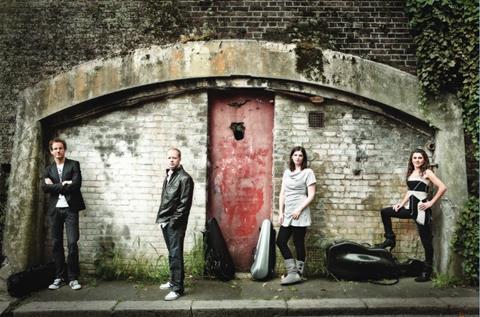 ‘The government was not so interested in the string quartets, which were less frequently heard in public; it was the orchestral works they were keeping their eye on, making sure they were projecting the right message,’ explains Matthew. ‘Already in the First Quartet, beneath the spring-like atmosphere, there is an underlying sense of foreboding – in the dissonances and choices of chords. Part of the Soviet ideal about music was that it should be optimistic and melodious, and Shostakovich didn’t want to adhere to that, so one of his techniques was to throw in ‘wrong notes’ and shifting tonality – a style present in most of the quartets.’

The First is also the quartet in which the first and fourth movements were switched around – tellingly, says Emma. ‘It seems that the First Quartet was as much about survival as anything – it has the sound of new Russian neo-Classicism about it and perhaps he was trying to win favour with the Soviet government,’ she says. ‘But in Shostakovich’s original conception the exuberant and joyful final movement would have been at the beginning, and the uneasy first movement at the end, leaving a very different final impression – one that would have been more subdued and ambiguous.’

To read the full interview with the Carducci Quartet, in which the musicians discuss performing the complete Shostakovich quartet cycle in a single day, click here to log in or subscribe.