The Korean violinist receives a top prize of €20,000 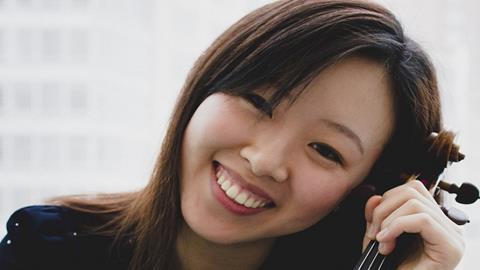 Elly Suh has been named the winner of the Oleh Krysa International Violin Competition and receives €20,000.

The competition, which took place from 20-31 October in Lviv, Ukraine, was open to international violinists between the ages of 15 and 29 who competed in three live rounds, culminating in a concerto final with the Lviv Philharmonia.

Second prize, worth €10,000, went to Japanese violinist Eimi Wakui, while third prize, worth €8,000, was awarded to Meruert Karmenova from Kazakhstan.

South Korean violinist Suh is a graduate of the Juilliard School and the Manhattan School of Music, where her teachers included Robert Mann and Joel Smirnoff.  The 27-year-old is currently a postgraduate student at the Mozarteum University of Salzburg, studying with Pierre Amoyal, and has won prizes at the Paganini, Michael Hill, David Oistrakh and Naumburg international violin competitions.