The ensemble is quartet in residence at Emory University in Atlanta 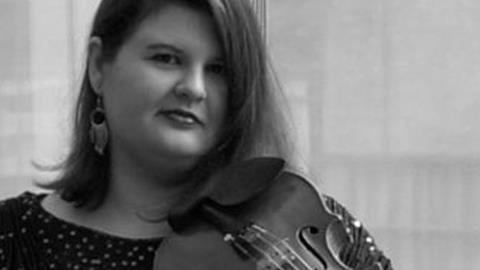 Elizabeth Fayette has been appointed first violinist of the Vega String Quartet, currently quartet in residence at Emory University in Atlanta, US.

A graduate of the Curtis Institute and of the Juilliard School, Fayette recently completed a two-year fellowship with Ensemble ACJW, a programme run by Carnegie Hall and the Juilliard School which supports young professional musicians in building careers. She was a prizewinner at the Ima Hogg Competition and Young Concert Artists International Auditions, and was awarded the 2014 Musical Fund Society of Philadelphia Career Grant as well as the 2015 Juilliard/Tel Aviv Museum of Art Sanders Prize.

The Vega Quartet - which alongside Fayette features violinist Jessica Shuang Wu, violist Yinzi Kong and cellist Guang Wang - has toured throughout Asia, Europe and North America, and has performed at music festivals including Aspen, Mostly Mozart, and SummerFest La Jolla. The ensemble has been quartet in residence at the Van Cliburn Institute, and on the artist roster of Carnegie Hall's New York City Neighborhood Concert series. The group has performed live on NPR's Performance Today (USA), the National Radio of China, Shanghai TV, Radio France, France Musiques, the Westdeutscher Rundfunk, and the National Radio of the Czech Republic.