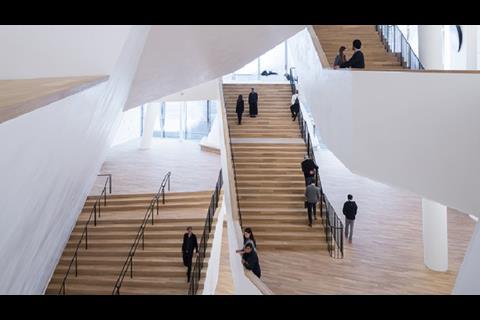 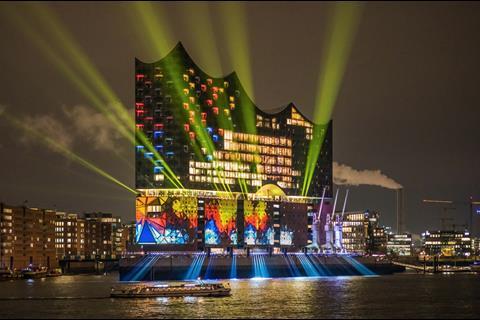 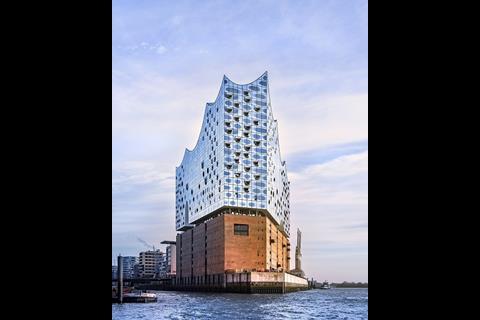 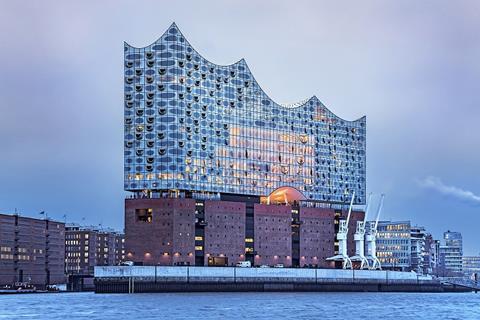 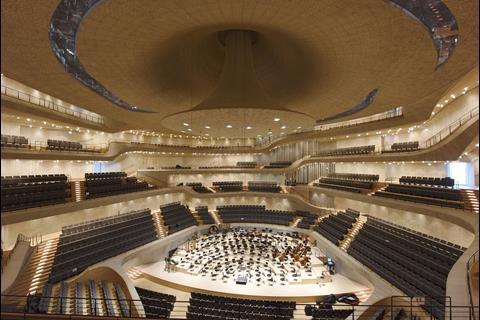 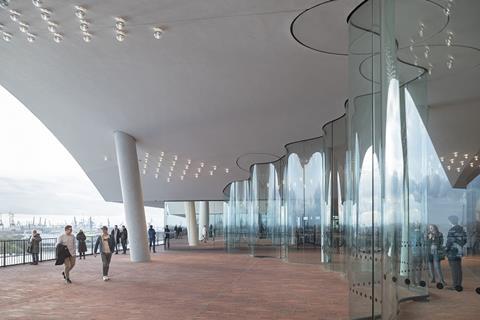 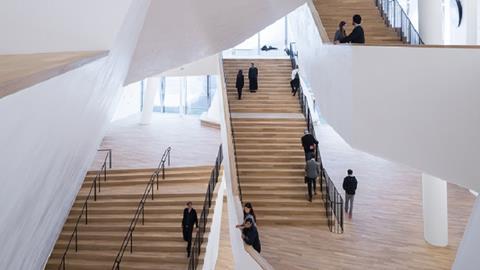 Last night marked the official opening of the Elbphilharmonie Hamburg. Guests, including German Federal Chancellor Angela Merkel, attended a concert in the Grand Hall performed by the NDR Elbphilharmonie Orchestra and choir of the Bayerischer Rundfunk under conductor Thomas Hengelbrock.

Designed by architects Herzog & de Meuron and located between the city and the harbour, the Elbphilharmonie combines the former Kaispeicher warehouse with a new glass structure featuring 'wave-like peaks and valleys'. In addition to three concert halls, the building is home to a hotel and a viewing platform which is open to the public.