Neesa Sunar: How I use the mutuality of Intentional Peer Support in my music teaching

To aid students who have hit a barrier in learning, violist and clinical telehealth therapist Neesa Sunar provides four teaching scenarios which benefit from the empathetic approach of Intentional Peer Support 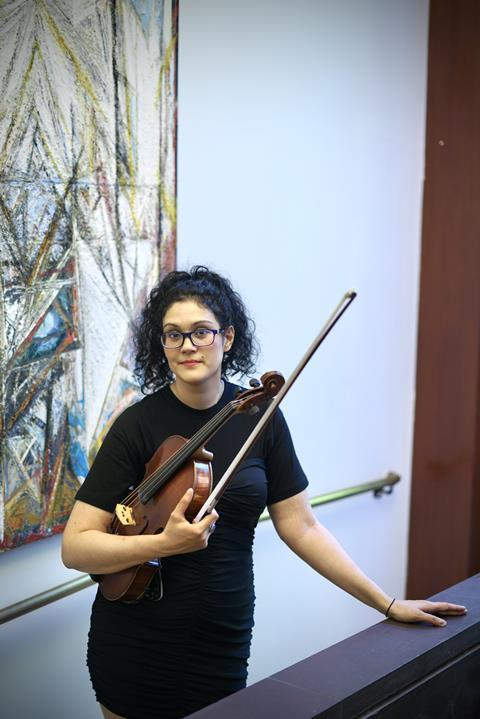 I recently had the good fortune to attend a five-day core training on Intentional Peer Support, hosted by the Wildflower Alliance in Amherst, Massachusetts. My interest was two-fold: I’m a clinical telehealth therapist, and many professionals I admire apply this approach in their work. I’m also a violist who is seeking new perspectives for pedagogy, how mental health modalities can be applied to musical contexts.

Intentional Peer Support (IPS) has musical roots: As a teen in the 1970s, Shery Mead was institutionalised in a mental hospital and was traumatised by this experience. She expressed intense feelings through playing music with bandmates, which fostered additional feelings of community. Mead later completed an internship at a domestic violence programme, where she facilitated musical mutual aid groups. Participants found a voice to tell their stories of trauma, challenging what happened to them as patients.

The sentiment of reclaiming dignity, moving away from brokenness, is integral to IPS’s approach. Peer support is fostered through intentional conversation, where two people (or more) ’purposefully communicate in ways that help [them] step outside their current story.’ Each person lets go of their own truth to hear the valid truth of the other, while still embracing their own. This allows for upholding multiple truths simultaneously, and the opportunity for both people to develop new ways of thinking and perception, which would not have been devised independently.

Each person lets go of their own truth to hear the valid truth of the other, while still embracing their own

Music educators can use IPS in one-on-one lessons with older adolescents and adult students, regardless of playing level. It invites the possibility for unexpected creative conversations, which elicit not only musical growth, but also extra-musical satisfaction, whether that be esoteric, philosophical, spiritual, or simply humorous. This can circle back to musical expression that is more informed and meaningful to both student and teacher.

Here I will provide four scenarios where a student has hit a barrier in progress, and offer IPS-based inspired solutions. While many teachers may already utilise a collaborative and friendly approach, IPS includes an additional challenge: abandoning the attitude of ’helping.’ While well-meaning, this possibly can diminish the student’s voice, or enable a sense of weakness. The alternative is mutuality, where helping is redefined as co-learning.

A student holds their bow in a stiff manner, which remains after multiple direct reminders.

Instead of viewing the stiff bowhold as something ’wrong,’ the teacher can positively reframe the situation by considering that something ’happened’ in the past, an experience that the student had which led to the stiff bowhold. (This is the essence of ’trauma informed’ engagement.) ’Tell me how you first learnt to hold your bow, many years ago.’ A genuine and spontaneous conversation emerges, where the teacher can empathise, be in the shoes of the student, and reflect by reacting to the student’s story. Technical suggestions also can be strengths-based, by building on pre-existing postural strengths instead of focusing on flaws to move away from.

A student seems stuck in connecting with a new piece, or appears to not be inspired after a long time of studying it.

It is important to allow the student to verbally articulate their perspective on the piece, to get a full picture of why there appears to be disconnect. IPS encourages taking friendly casual approach to serious conversation. ’You don’t seem to be inspired by this piece, huh? What’s going on?’ ’If this piece could talk, what would it say?’ The student’s answer may not be what was expected! Spontaneity is vital, and can lead to opportunities for mutual sharing, possibly discussing different approaches to the same piece. It is entirely possible to honour a student’s ’worldview’ of the piece, which contradicts the teacher’s view. If the student indeed feels indifference or dislike towards the piece, the teacher can validate the feeling as a normal experience, and remain empathetic while offering musical solutions.

Spontaneity is vital, and can lead to opportunities for mutual sharing, possibly discussing different approaches to the same piece

Read: Chamber Music for All: Highlighting the Voices of Beginner Musicians

A student has performance anxiety, even when they have prepared thoroughly beforehand.

Playing for an audience can elicit feelings of crisis, triggering the fight/flight/freeze response. Chemically speaking, this a survival instinct that the body initiates in response to perceived danger. IPS is especially good for diffusing intense feelings, creating a relaxed environment that remains calm even when discussing emotionally charged experiences. In the same way that musical improvisation compels musicians to play off one another in the moment, so too is intentional conversation, where there is no inherent fault to be found at a person’s nervousness. Objectively speaking, performance anxiety may include negative self-talk or sabotaging thoughts: ’I’m afraid I’ll mess up, I’m a failure, I’m disappointing my family,’ etc. A lesson can become a space where these fears are honoured as part of the person’s experience, instead of something that must be suppressed.

A student has not practiced for a lesson, even though it seems that they are dedicated to studies.

Social psychologist Devon Price describes that procrastination often has a situational cause, whether it is constraining elements in one’s personal life, executive functioning problems, or even fear of failure. The teacher can initiate an intentional conversation around the theme of practicing, allowing the student to share why they are underprepared. Through dialogue, these barriers can be uncovered, and the teacher and student can work together to determine a method and schedule of practice that is more natural for the student to follow. Even the most highly motivated student may juggle with extraneous factors that can bar growth, including lack of privacy in their living space or an overpacked schedule.

My hope is to continue investigating ways that non-musical therapeutic modalities can be applied to music education and performance settings. Ideally, these ideas would be disseminated to musicians and supporters in a workshop setting, equipping them with strategies that allow for meaningful experiences in lessons. Lessons are a powerful way to reach people, an opportunity to contribute to a person’s overall wellness. As we step further into the 21st century, we must devise new strategies that allow for our work to uplift our communities.

Read: ‘When I am in tune, my body knows it’: playing with multisensory aphantasia

Read: 5 ways to engage teenage string students in learning and performing a piece of music