‘When I am in tune, my body knows it’: playing with multisensory aphantasia

How do you tell a story with music when your mind cannot picture images? Violist and clinical telehealth therapist Neesa Sunar explains her tactile approach to music making 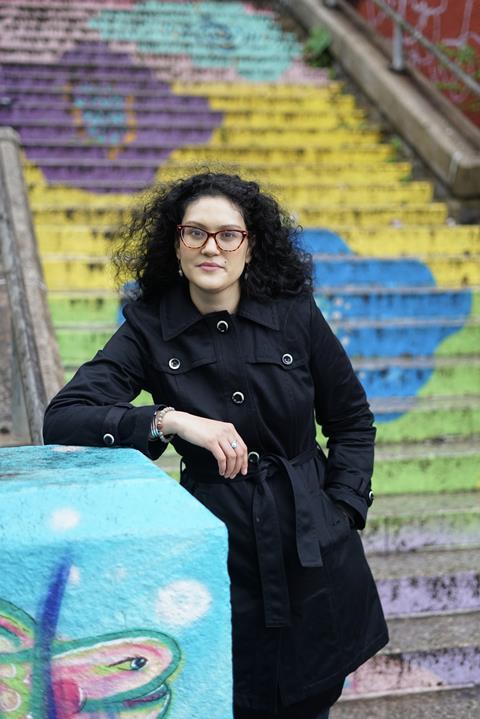 Throughout my musical career as a classical violist, I recall important advice that I’ve received from teachers over the years, at both the precollege and conservatory levels:

’Tell a story with the music.’

’Hear the music in your mind first, before playing it. If you can hear it, you can play it.’

’To prepare for performance, walk through the experience in your mind. Imagine yourself on stage, feeling the air of the concert hall, holding the instrument, rehearsing in your mind as if you’re there. Imagine yourself feeling relaxed in this mental rehearsal… you’ll feel more prepared.’

Such advice refers to the mental aspect of performance, beyond the basics of physical technique. Yet this advice always struck me as quite meaningless. Isn’t music just about physicality? Perfect technique and intonation? What is this stuff with expression?

In fact, it is something I simply cannot fathom. I have a congenital neurological difference called aphantasia, causing a blind mind’s eye. I am unable to recreate any real-appearing pictures in my mind. Aphantasia exists on a spectrum, and I am at the far end of it. All five of my senses are affected, thus I cannot recreate any sound or music in my mind, nor can I conjure the other three senses. This is called multisensory aphantasia.

The condition is little-known, only formally named in 2015 in an academic paper by Adam Zenman and colleagues out of the University of Exeter. Previously, Sir Francis Galton identified the concept of mental imagery in 1880, after conducting a study where participants were instructed to first view a breakfast table with various objects on it, then conjure the image in their minds and describe what they recalled from memory. People displayed varying levels of mind’s eye capacity, ranging from highly vivid to quite faint.

To understand your own mind’s eye, allow me to ask: how do you mentally practise? In your imagination, can you see yourself standing on a stage, in a way that looks and feels real? Can you recreate real-feeling sensations in all five of your senses? How vivid does it look?

Most people can recreate something real-looking, or at least blurry yet still sensory. Imagery can be conjured upon request, and also memories are recalled in the same way. But if your mind’s eye is significantly or completely dark, then you may have aphantasia. It exists on a spectrum, affecting about 4% of people. I am at the extreme far end of it, a much smaller percentage.

My capacity to formulate stories in my mind is also affected, especially because I have no sensory memories. I cannot summon the face of anyone I’ve ever met, nor recall a picture of any place I have ever seen, nor remember the scene of any experience I’ve had, unless I look at a photograph directly. I also have no sensory dreams, uncommon even among aphants. I merely wake up with an idea in my mind, knowing that something happened, which I never saw.

Imagine the mind’s eye as a movie theatre. Neurotypicals have instant and effortless access to that movie theatre, they can see and control (hopefully) its images, hear its music, and engage the other three senses. Yet for me, I only found out that movie theatres existed three years ago, and that I am sitting in one. Other people say it exists, but I have never experienced it myself.

Although my mind’s eye is multisensorily blind, I instead am drawn to my viola kinesthetically. It vibrates loosely, to my perception, and my imagination can jump in and grab onto it, much like a game of doubledutch. I consider the beauty of musical acoustics, and Pythagoras’s discovery of intervals resonating at perfect ratios. I then strive to use my body as a resonating chamber, through which the music flows effortlessly.

And if I wish to ’tell a story’ with the music, I cannot conjure mental imagery. Instead, I use my abstract imagination, which I experience as a sense of ’knowing’, though it is not there. I then draw on my human feelings and capacity for empathy, not summoning plots for stories, but getting down to elemental feelings, yearnings I have felt in my life, and care I have felt for others. Instead of ’hearing the music in my mind’ to ensure control of sound, I uphold relaxed posture and resonant intonation as a way to connect kinesthetically with the overtone series, a natural phenomenon, the foundation of acoustically-produced sound. When I am in tune, my body knows it.

It is important for us to talk about the mental aspect of practice and performance, because we cannot assume that our minds work the same as one another. Improved awareness can impact how we teach the next generation of musicians, and I hope to investigate this phenomenon further, as a clinical therapist, disability advocate and musical scholar.

Neesa Suncheuri Sunar, LMSW is a classical violist and clinical telehealth therapist, specialising in serious mental illness disorders. She has the disability of schizoaffective disorder, is autistic, and experiences multisensory aphantasia. She previously worked in mental health public housing for six years as a peer specialist, mutually disclosing her disability while helping people learn skills to become more independent. She based in Queens, NYC, and is a member of Fountain House, a pioneer of the clubhouse model, which has a large collective of artists with mental illness.