A range of chamber repertoire, inspirational tutors and overcoming performance anxiety were just some of the highlights for the violist at this festival 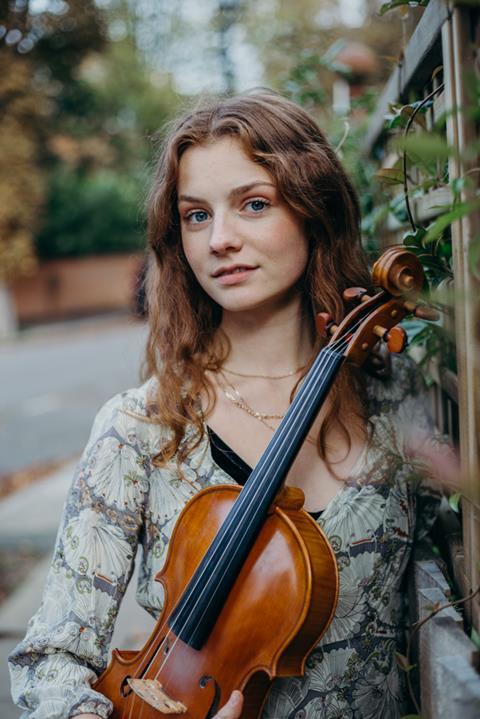 I had heard about Yellow Barn from a few musician friends whom I greatly admire and had qualities that I wanted to attain. I had the impression that they really enjoyed themselves and became more accomplished chamber musicians at the festival.

After I was offered a spot, I was given a list of repertoire, mostly chamber music, to prepare for the five weeks of summer. The repertoire is chosen by the artistic director Seth Knopp, who takes students’ suggestions into consideration. I had seven pieces of chamber music, others had a little more or less than that. Some groups have only students and some are mixed with tutors, and those who were solely students had coaching. There are concerts each weekend, with more concerts during the final week. We stayed in a school just outside the town of Putney in Vermont, which was surrounded by nature.

We all eat together at the school, but we also have the freedom to go into the town and dine out occasionally. I got to know everyone very well and was very happy that there was enough time to integrate. There are rehearsal and practice pods located in the school campus, which overlook the nature spots. Extra activities were organised by the festival, such as planned day trips every Sunday, including a memorable mountain hike and going to an art museum. We also took part in masterclasses: I had the opportunity to play to Kim Kashkashian, and to watch masterclasses for piano, cello and violin. One of the concerts had a Q&A with composer Shulamit Ran, with an intention of exploring her works in more depth and learning from her experiences. It was really important for the musicians to keep their bodies healthy throughout the intensive weeks, so massage appointments and Feldenkrais classes were offered during the festival.

The concerts in which I performed were spread out between the five weeks, so the busiest rehearsal period for me was between six to seven hours a day in the first week of the course. To take breaks, we would walk to the nearby farm or go blueberry picking, and those who drove would kindly take others to go to a beautiful nearby waterfall and have a swim. On a concert day, those who weren’t performing would also watch the concert in the evenings. On a Saturday evening concert, we would get together at Seth’s house to socialise and play games.

Yellow Barn very much feels like a family. Students, staff and public listen to each performance with so much respect and warmth, you can hear it in the quietness of the room in between movements and during the generous applause. There is a balance between honouring the festival traditions and breaking musical traditions. This gives the atmosphere an intensity yet a sense of freedom.

Read: Chamber Music for All: Highlighting the Voices of Beginner Musicians

I enjoyed being exposed to the tutors’ contrasting styles of playing and communicating, both in the approach to sound production and rehearsing. I had very memorable rehearsal sessions with Donald Weilerstein playing Brahms Sextet in B flat, when we would ’wiggle’ in our seats playing with only the left hand, while a session with Anthony Marwood would not only be blessed with exquisite examples from his violin but would expand everyone’s lexicon and tolerance of British humour. Overall I found that the tutors were extremely invested in the students and had huge respect for the festival. Some of them had been teaching there every year for a very long time, so I felt honoured to learn from the traditions that they were cultivating.

Yellow Barn helped me to unlock a lot of fears around performance. On one excursion, I was at the top of a waterfall and my legs were shaking. It was a jumping spot, and there was no other way down except to jump. I remember the feeling of completely letting go as I jumped without hesitation. I used this memory for the remainder of the festival every time I went on stage, and every time I took a risk on my viola. I have become a lot more open-minded and fearless when on stage. I was encouraged to instil a sense of purpose when I play my viola, that everything I want to express musically has an emotional depth that it is extremely important and necessary to share it with the community. I improved at adapting and becoming more influential to the variety of musicians around me, and I became a better listener.

I think that the professional world in the context of classical music is currently in a state of advancement, and Yellow Barn has prepared me precisely for that. While the festival has induced maturity and professionalism by exemplifying an intense working environment, I have also been enlightened by the fact that musicians have a responsibility to be progressive, proactive, loving, open-minded and characterful.