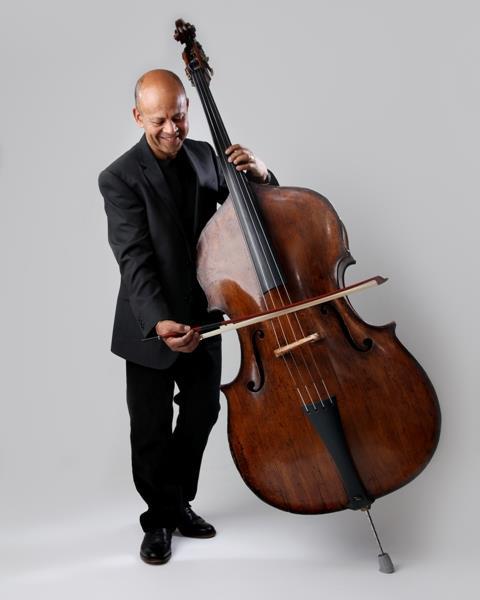 Leon Bosch has announced his retirement as principal double bassist of London's Academy of St Martin in the Fields. The South African has taken the decision to stand down from his 30-year orchestral career, having joined the ASMF in 1995 following 11 years as principal bassist of Manchester Camerata. Former positions also include principal bassist with the East of England Orchestra (now Sinfonia ViVA) and the London Mozart Players.

‘It has long been my ambition to direct my own ensemble, dedicated to the pursuit of the universally cherished ideal of total artistic freedom and unrestrained self-expression,’ he said. ‘I Musicanti will promote this ideal by resolutely embracing excellence, curiosity, adventure and determination as its guiding principles.’

The double bassist will also devote himself to premiering and recording a number of commissions; forthcoming performances in the Netherlands, Germany, the USA, South Africa and the UK; and various education projects.

Bosch’s final performance with the ASMF will take place at the BBC Proms on 10 August 2014 under Sir Neville Marriner. He will also reunite with the orchestra in the near future to perform two premieres as a soloist: a new concerto by Paul Patterson and a double concerto with viola by John Woolrich.

'While I regret having to relinquish my position, it become increasingly clear to me that if I was to do full justice to my plans, this would not be possible while remaining the Academy’s principal double bass,' said Bosch. 'I will always look back on my years with the orchestra with gratitude, and would like to express my appreciation to my colleagues and to Sir Neville Marriner, Joshua Bell, Murray Perahia and all our other musical partners for what really has been the most inspiring and fulfilling musical journey.'