Philadelphia freelance bassist Dan Turkos has published images on Facebook of his instrument, which he says was smashed on a recent flight to San Francisco 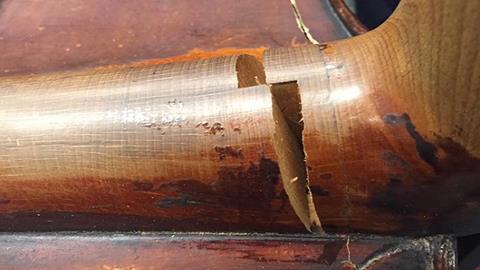 Following two reports yesterday about damage to double basses during airline flights, Philadelphia freelance bassist Dan Turkos has published images on Facebook of his instrument, which he says was badly damaged on a recent Southwest Airlines flight to San Francisco.

Trukos checked his c.1870 instrument into the hold and once reunited with the bass, discovered that the neck had broken away from the body and that a significant crack had appeared on the rib. 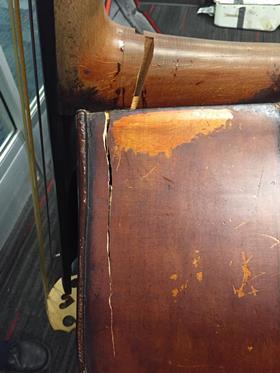 'This instrument is my love, affectionately named Penny, and my livelihood as a professional musician,' he wrote. 'The bass was inspected by TSA (Transportation Security Administration) [while I was present] at Philadelphia International Airport as requested on my case. I had a layover at McCarran International Airport in Las Vegas. Upon arrival at San Francisco, hinges were missing, a combination lock (with code available) was sheared off the side and the duct tape used for extra piece of mind was cut. Clearly the instrument was opened without me present, disregarding my friendly request on the instrument case.' 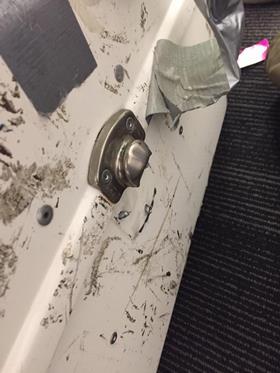 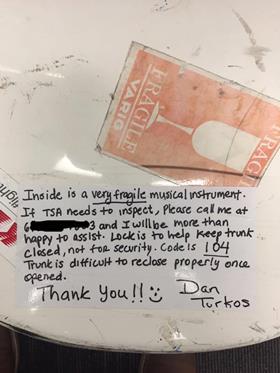