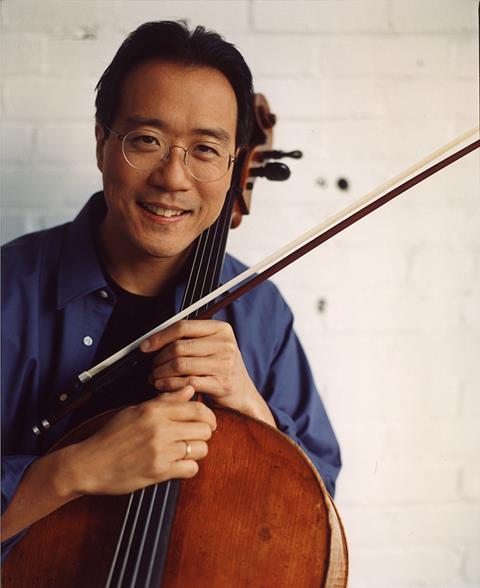 The Detroit-based Sphinx Organisation, which promotes diversity in the arts and supports young black and Latino classical musicians, has recruited Yo-Yo Ma (pictured) as a special artistic adviser. In his new role, the cellist will mentor Sphinx's leading young artists and will also advise on the organisation's programming strategy.

Ma has previously served as honorary chair to Sphinx's annual Carnegie Hall concert series, and has coached the top prizewinners from the annual Sphinx Competition for young string players.

In a statement, Ma identified similarities between Sphinx and the Silk Road Project, the performing arts organisation that he established in 1998 and which was inspired by the cultural traditions of the diverse communities along the historic Silk Road trading route. He said: 'I believe so much of the values of Sphinx and the values the Silk Road Projet and I try to practise are aligned. One of our principal jobs in life is to find and nurture talent, and talent crosses all borders.'