The Swedish player received an Italian violin as his prize 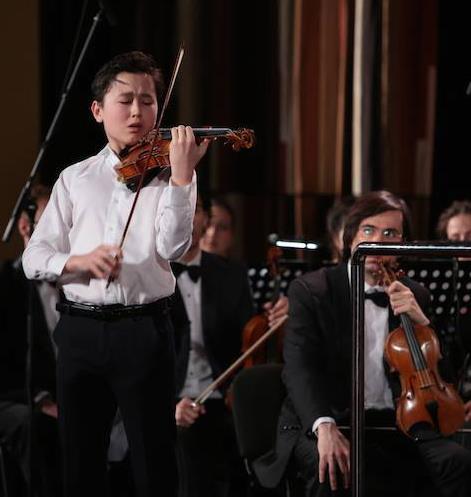 Born in April 2001, Lozakovitj began playing the violin in 2007, making his concerto debut with the Moscow Virtuosi Chamber Orchestra and Vladimir Spivakov two years later. Among his other awards are: second prize in the Junior section of the 2014 Menuhin Competition in Austin, TX, US; first prize and the ‘grand prix’ at the 2012 EMCY international music competition in Macedonia; first prize at the 2010 Stockholm International Music Competition, and the 2015 Manfred Grommek Prize from the Kronberg Academy.

Co-founded by Spivakov, the competition took place from 10–17 May in Ufa, central Russia. Along with Spivakov himself as chairman, the jury comprised Mikhail Kopelman, former first violinist of the Borodin Quartet; violinist and pedagogue Boris Kushnir; Canadian violinist Taras Gabora; and Russia’s Nikita Boriso-Glebsky. Twelve violinists aged 15 to 26 took part in the finals.