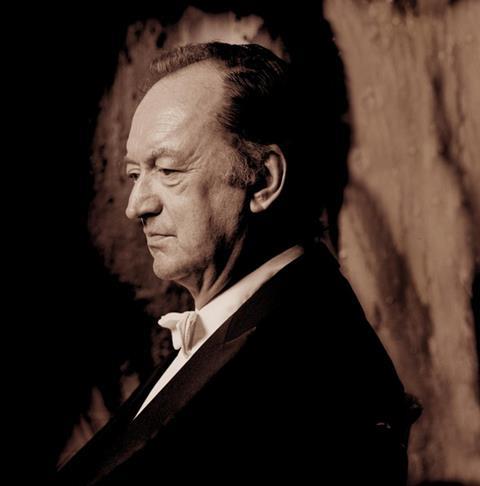 Soloists, ensembles and conductors have paid tribute to Nikolaus Harnoncourt, one of the founders of the early music movement in the 1950s, who has died at the age of 86. The Austrian conductor, who began his musical career as a cellist with the Vienna Symphony Orchestra (VSO), was best known as the founder of the period-instrument ensemble Concentus Musicus Wien with his wife, Baroque violinist Alice Hoffelner

A statement from the VSO expressed gratitude for the ‘innumerable magical moments and experiences’ they had shared together, while the Vienna Philharmonic Orchestra, with whom Harnoncourt worked as a guest conductor, praised his ‘unique perspectives’ and ‘ground-breaking interpretations’.

Members of the Royal Concertgebouw Orchestra, where Harnoncourt served as an honorary guest conductor, also paid tribute to the Berlin born musician. Managing director Jan Raes said, ‘For decades, Nikolaus Harnoncourt was a great source of inspiration for musicians and music lovers alike. He is one of the greatest teachers I have ever met.’ Artistic director Joel Ethan Fried paid homage to Harnoncourt’s approach as a conductor: ‘He nearly always worked from the composer’s manuscript, from which he created his own 'performance edition' for the musicians. He took two generations of orchestra members on a musical voyage of discovery, with his compelling explanation of a work’s context and the fitting sound images, without ever falling back on dry musicological rules. He will be sorely missed by both our musicians and our audience.’

Concentus Musicus Wien gave its first performance in 1957. In 1970, Harnoncourt made his debut as a conductor at La Scala, Milan, for a production of Monteverdi’s Il ritorno d’Ulisse in patria. He was also a dedicated pedagogue and from 1972 he taught performance practice and the study of historical instruments at the Mozarteum University of Music and Dramatic Arts in Salzburg. Over the course of his career, Harnoncourt collected multiple awards including the 1994 Polar Music Prize, the Léonie Sonning Music Prize in 1993 and the Leipzig Bach Medal in 2007.

Harnoncourt ended his conducting career on 5 December 2015, citing declining physical strength as the reason behind his retirement.