American violinist Tai Murray introduces some of the themes of her talk on ‘Class, Race and Classical Music' with political activist Candace Allen at the English Speaking Union next week 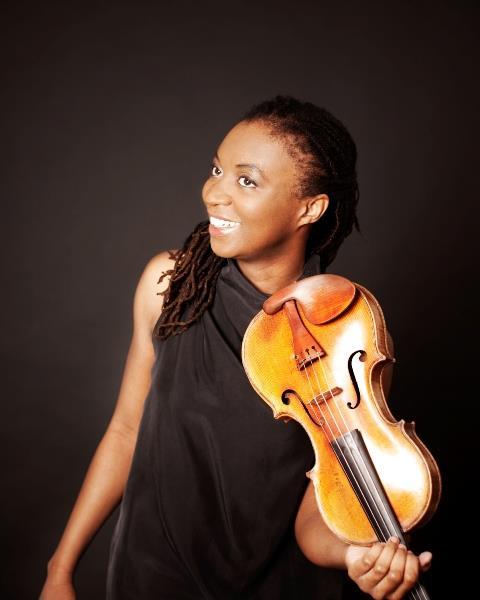 I am back in London on Sunday 6 April for a coffee concert at Wigmore Hall. On Wednesday 9 April I will join Candace Allen – author of 'Soul Music: The Pulse Of Race And Music' – for a talk on ‘Class, Race and Classical Music’ at the English Speaking Union, hosted by the music charity London Music Masters.

Music education is something I feel strongly about, which is why I am an Ambassador for London Music Masters’ Bridge Project. My mother is a schoolteacher and she sacrificed many things so that I and my siblings could have classical educations. I visit schools wherever possible because I know from experience that a child's life can be enriched by music.

Growing up there were many musicians I aspired to emulate but few that looked like me. With Candace I look forward to a discussion that addresses why classical music appears to be cut off from the diversity of modern culture and why it is not welcoming to a broader demographic.

Inspirational musicians coupled with a solid music education are key to enthusing the next generation of performers and concertgoers. I am seeing the inspiration happen firsthand in Lambeth at two primary schools where London Music Masters has been running its forward-thinking Bridge Project. Regardless of their cultural background, for the past six years every child in these schools has received two hours of music education per week.

Children are so impressionable. I have yet to meet a child who is not interested in music and this is an affirmation that I hold onto. The moment any child starts to listen or play, the stigmas attached to classical music become irrelevant.  All that counts is the music and the communication between player and listener. The point is, I have great expectations for every child and I believe that we as adults have a responsibility to fill their minds with something worthwhile.

In the USA, there has been an explosion of El Sistema models, which is wonderful to see, but these are still only in concentrated hotspots, which try to supplement the federal provision. It is only the beginning but even one child exposed is a step in the right direction. I would love to see this initiative become a worldwide necessity because every child deserves exposure to artful knowledge.

Music inspires passion and motivation. Classical music demands an exploration behind the notes for meaning beyond the music – a state of mind that everyone deserves to experience. Change does not happen overnight, but by having this discussion I hope we can encourage more open dialogue on an issue that has been taboo for long enough.

Tai Murray gives a coffee concert at Wigmore Hall on Sunday 6 April at 11.30am with pianist Ángel Sanzo, followed by a talk moderated by Tom Service of the Guardian with the novelist and political activist Candace Allen at the English-Speaking Union on 9 April on the theme of ‘Class, Race and Classical Music’, hosted by London Music Masters. Tai Murray’s latest recording 'American Journey' was released in January 2014 on the Mirare label.

Watch the whole talk on Class, Race and Classical Music below: