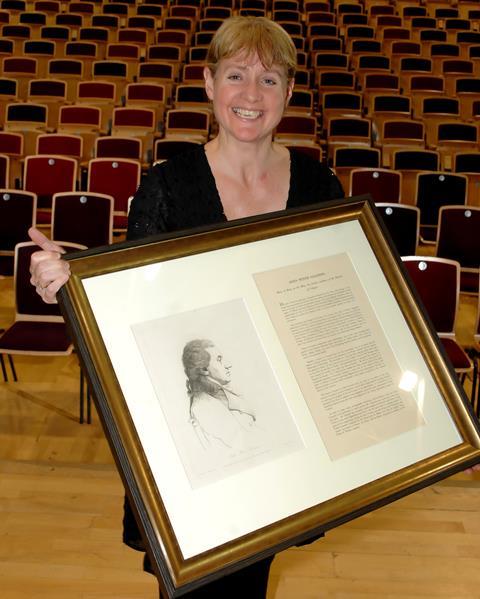 A musician from the City of Birmingham Symphony Orchestra has become the first violinist to be awarded the RPS/ABO Salomon Prize, which recognises the outstanding contributions of UK orchestral players. Sub principal second violin Catherine Arlidge (pictured), who has played with the CBSO for over 20 years, was nominated for the £1000 award by orchestral colleagues and management for her creativity, energy and ‘great skill for motivating and inspiring colleagues, and for engaging with her audience’.

The Salomon Prize was created by the Royal Philharmonic Society and Association of British Orchestras in 2011, named after violinist and Philharmonic Society founding member Johann Peter Salomon. Each year, orchestral members from throughout the UK are asked to nominate an ‘unsung hero’ who has been ‘an inspiration to their fellow players, fostered greater spirit of teamwork and shown commitment and dedication above and beyond the call of duty’.

During her career at the CBSO, Arlidge has made a significant impact on music education, conceiving and presenting a number of projects, workshops and concerts for young people and families. ‘Notelets’, a series of concerts devised by Arlidge for children aged between three and five, has been particularly successful, while her most recent project, 'Clock On To Safety', was presented to more than 2000 five to seven-year-olds over the course of a single week in 2013 and has sold out in 2014.

‘I am shocked and thrilled to receive this award, and knowing that my colleagues put me forward is all the more humbling,’ said Arlidge. ‘I thoroughly enjoy what I do, performing with the CBSO but also creating musical adventures for the youngest of audiences is a real privilege.’